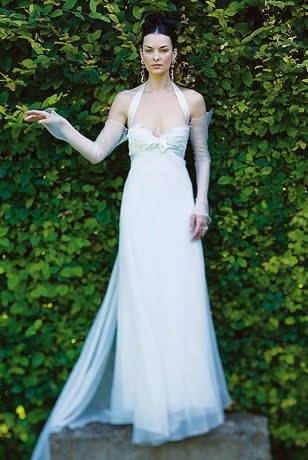 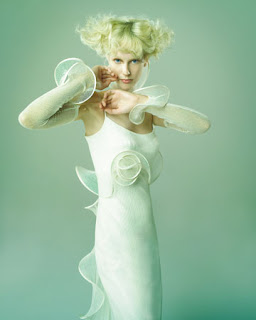 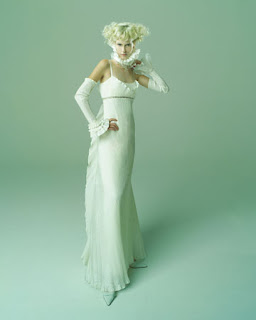 Suzanne Ermann
Some designers have a signatures look. One of Parisian designer Suzanne Ermann's  is adding gauntlets to many of her gowns.  So innovative with this one component, I'd call these a combo of costume-inspired and neo-couture . . . .
Posted by bridechic at 9:17 AM

interesting new trend! i dont think i would wear it on my weding day... but i love the photos!
xo
MOSAMUSE

I love the first look. Love your blog. You always have the best ideas and pictures! Wonder if these would go with a strapless dress?

Both dress looks so beautiful and i like this design and material. This is one of the best idea for wedding dress. I impressed by that.

So you take those photos all by yourself?

wedding by Concept Photography is an absolutely gorgeous.The topics will range from new trends to wedding must-haves to favor ideas.It’s all so beautiful Perfect wedding colors.