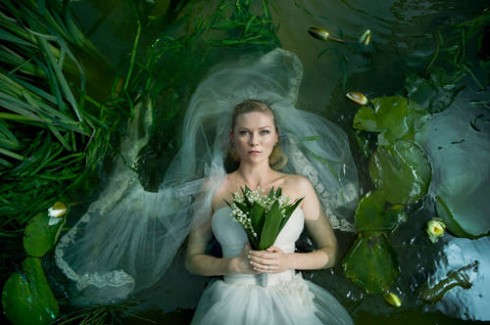 source
I've waited so long to see Melancholia and was double awed once I laid eyes on Manon Rasmussen's delectably whipped confection in white tulle for Kirsten Dunst who plays Justine.  What a dress this is with a ruched bolero and shirred bodice; I sat studying the way it moved, spun and floated through what was supposed to be the happiest day of Justine's life (character Dunst plays).  Dunst is superb at carrying off looking great while feeling like she wants to jump off the planet which by the way is basically what Lars Von Trier is trying to get through to us in this disturbing but superb film about the collision of a rogue planet called, Melancholia crashing into earth. 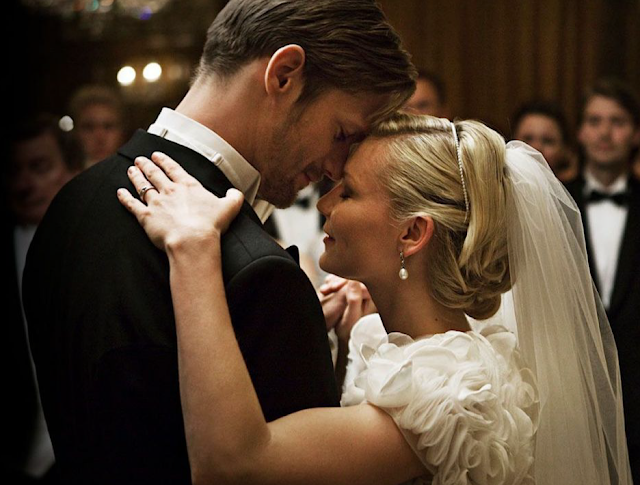 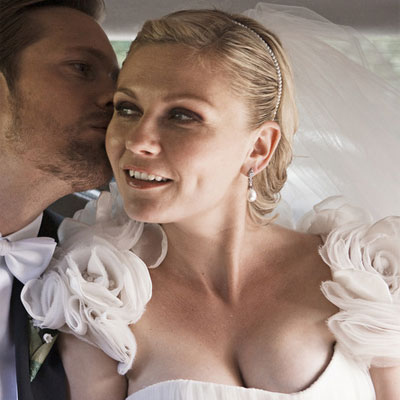 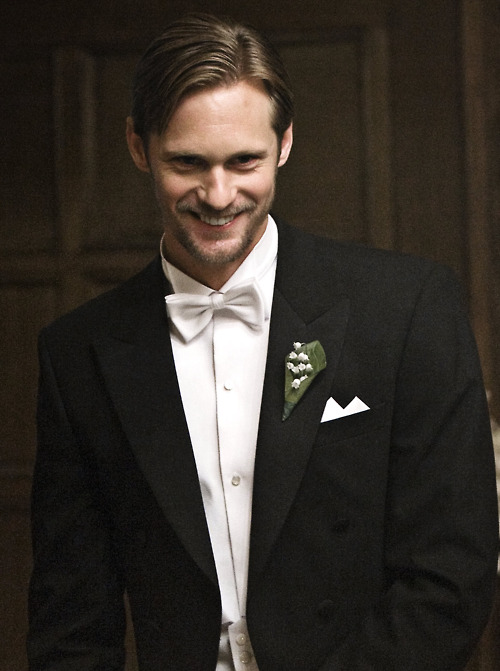 source
I also love the high dress formal aspect in this film for the male cast attending the wedding.  Most are sporting white tie and tails I attribute to the Scandanvian flavor this movie has (Most Swedish weddings I've seen go ultra-formal).  If you'll notice Alexander Skarsgard has Lily of the Valley as a boutineire mirroring Dunst's bouquet . . . .
Posted by bridechic at 12:00 AM

Love it, I have the dvd somewhere, want to watch it now : )

Hey lovely blog u have! So how abt we followeach other ?
Just let me know if u do sothat I can follow u back
Xoxo

Gorgeous, that is quite a wedding gown!