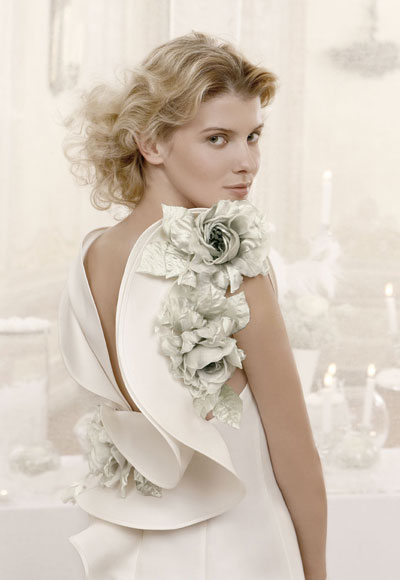 Did you know most of the great style icons wore taffeta on their wedding day? Grace Kelly did and so did Jackie Bouvier before she became Mrs. Kennedy.  All I can say is the taffeta bridal gown is a great tradition.  Taffeta is still one of the most widely used fabrics for bridal wear. If you've already been doing the salon hop you know its also trendy for bridesmaids and flower girls.  There's no mistaking taffeta:  It has that rustling and screeching sound when it moves and a polished, shiny look and feel.  It's been used for centuries mostly in special occasion wear and is known for its opulant luster.  Trendy once more mostly for full-skirted silhouettes, taffeta is the perfect option if you're wanting to add some elegance and romanticism mixed in with that good old tradition on your wedding day . . . . 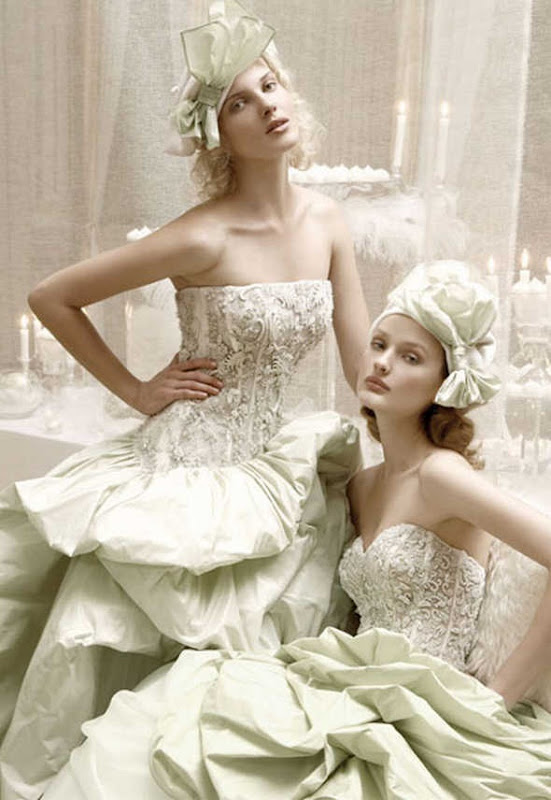 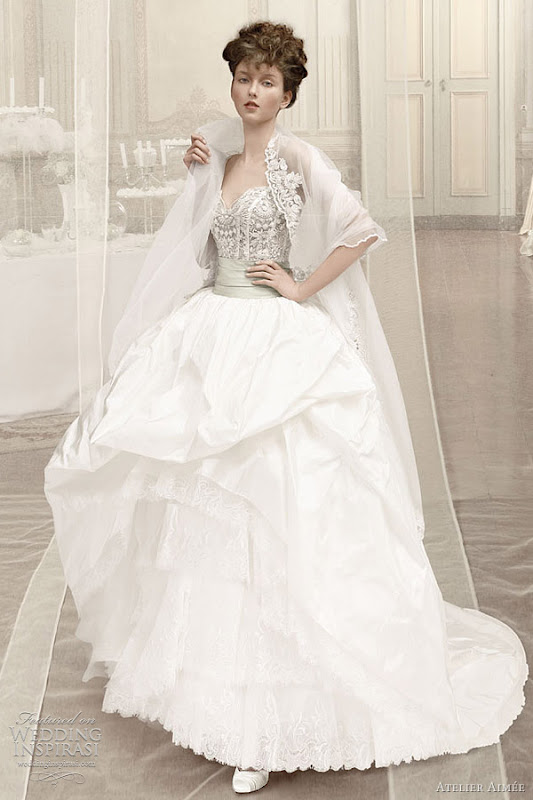 Images Atelier Aimee
Posted by bridechic at 12:00 AM

Hi dear! The dresses are fabulous - for me too much (I like more simple), but fabulous. Have a nice day. Xoxo V.V.

These dresses are gorgeous. The models are stunners also.

I can't get over the gorgeous quotient in this post. Love taffeta and the effect it has.

It looks beautiful! thank you so much :)