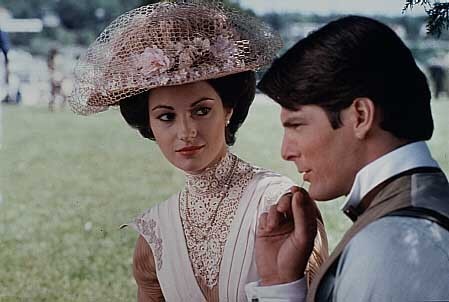 source
Ever catch this flick made back in 1980 called, Somewhere in Time with Jane Seymour and Christopher Reeve? The plot though interesting, is really out there: Playwright Reeve travels back in time via self hypnosis to be with the woman he loves. The acting and overall direction may be ho-hum but the John Barry score paired up with magnificant sets and costumes makes it all so magical. The costumes by Jean-Pierre Dorleac have inspired many of my own creations, including hats and accessories.  If you're a bride-to-be contemplating a highly romantic, early 20th century vintage look, microwave that popcorn, curl up and watch this gem. 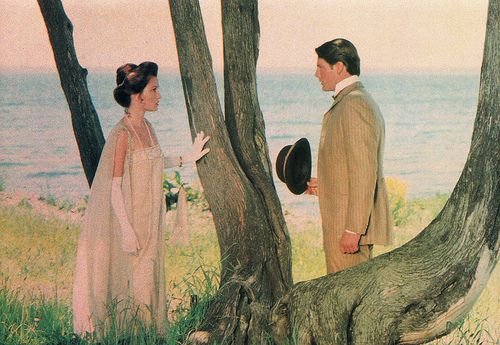 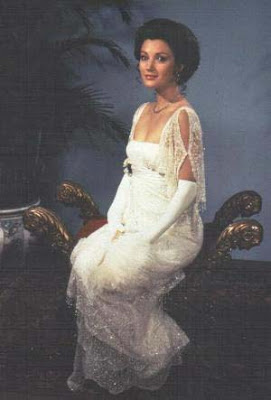 Above is the Jean Pierre Dorleac gown that inspired this . . . . . 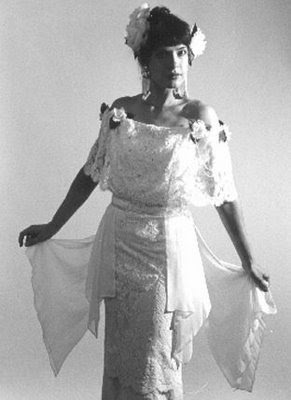 THis movie is a FAMILY favorite- literally, every single person in my family loves and treasures this movie and universally it's everyone's favorite movie- next to Terms of Endearment. All of us, even my DAD love these (two) movies. We even have a music box that plays the main theme, and learned the score on piano as teenagers. :) Love it...

The parasols look amazing in these images!

i hope i could post my wedding dress i copied it from the same white theater dress of elise in this movie...