A DRESS FOR DIANA 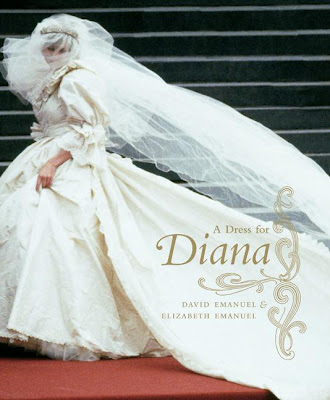 Harper Collins
Here’s something to add to your Christmas list. For any bride who is a fan of Princess Di or want’s a closer look at the making of her dress, A Dress for Diana is a real gift. Written by her designers, David and Elizabeth Emanuel, we can tour through that spring and summer of 1981 when the world waited for shy Di to emerge from a gilded carriage to become a real live princess. 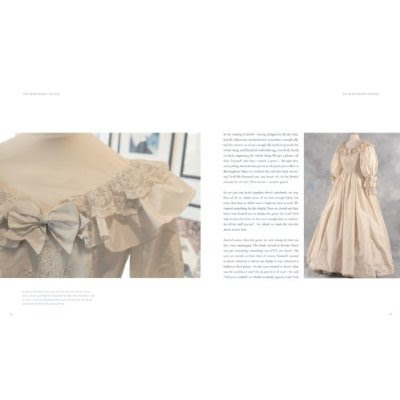 Amazon
The day Diana did emerge from that carriage swathed in tulle and taffeta, her storybook gown opened up so many new possibilities. Suddenly bridal designers and manufacturers could innovate and even break a few rules. Overnight Diana with the help of the Emanuels eclipsed the granny gown and cookie cutter bridal uniforms of the time.
David Emanuel’s first book, Style for All Seasons came out in 1983 after the wedding when the husband-wife design duo from Great Britain were the hottest thing to hit the fashion scene. Style for All Seasons showcased the work of these magnificent design talents that the world wanted to see more of. Pre Steam Punk, the Emanuels' gowns were a little bit Belle Epoch, a little bit Boho and certainly a welcome change after so many years of 1970's funk. 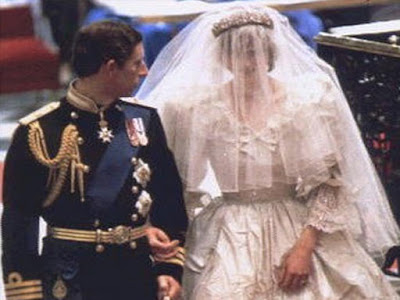 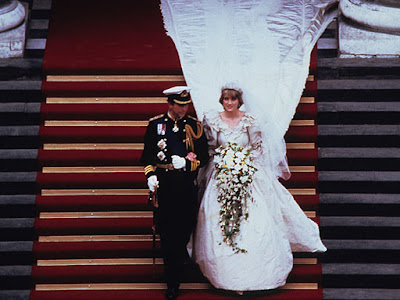 One look at the Emanuel's most recent release A Dress for Diana and with the click of a mouse this book was on its way from Amazon . . . I was not disappointed once I read it front to cover in one sitting. It isn't one of those tell all books. I'm a bridal designer so I wasn't all that much interested in reading about Di's lovers or the Emanuel's eventual split. No, this is a book about the design process and that special designer-client relationship. What I loved most was its colorful and visual timeline from concept to creation of Diana’s gown. It was like stepping into a time tunnel and being let in on one of the best kept secrets of the century with David and Elizabeth guiding me/us through their Brook Street atelier. There are many sketches and variations on the dress Diana finally chose; photos of the dress as a work in progress, even the flower girls weeks before the wedding. The fabric was custom woven and the designers were firm about wanting a one-of-a-kind weave that wouldn't be duplicated. The most inspiring thing about the book is the way the designers not only created a dress but a whole look for the wedding party to coordinate with the scale of this grand celebration. I really recommend this book . . . a lovely gift for sure.
Posted by bridechic at 10:50 AM