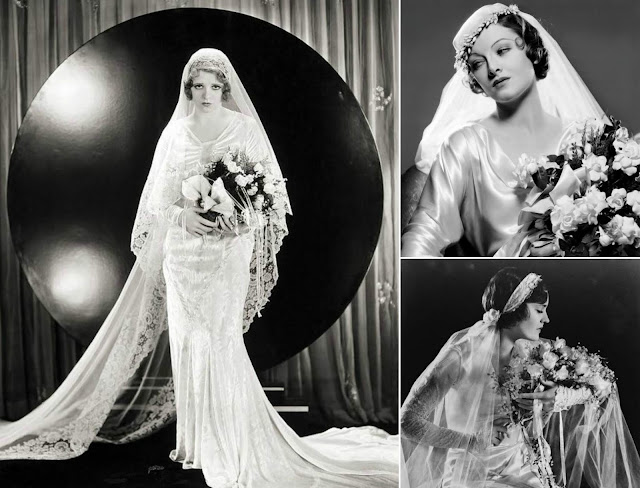 Can you think of any era of fashion more in sync with cinema than the 1930's? The body-hugging bias cut was still a new, even radical concept back then, especially for a wedding gown. While a French designer named Madeline Vionet pioneered the bias-cut gown in the twenties, the thirties was when 'on the bias' took form in the long, lean silhouette we most remember on stars like Garbo and Harlow. During this golden era, it wasn't Paris as much as Hollywood that decreed the low down on fashion. Hollywood designers and the actresses who wore their creations had a lasting influence on the way we look at weddings and fashion even today. Their work is enduring because the big screen was saturated and exposed with so much of this new chic of the time.
The beginning of the 1930's ushered in dropped waistlines and skirts hung in bias ruffles and handkerchief treatments; bodices were still fairly relaxed. It wasn't until the 'nightgown or slip ' look made it's way into evening fashion that the waist was visible once more. By the end of the era, waistline still defined, we were seeing wider shoulders and big hair evolve into what would be the look of the 1940s. 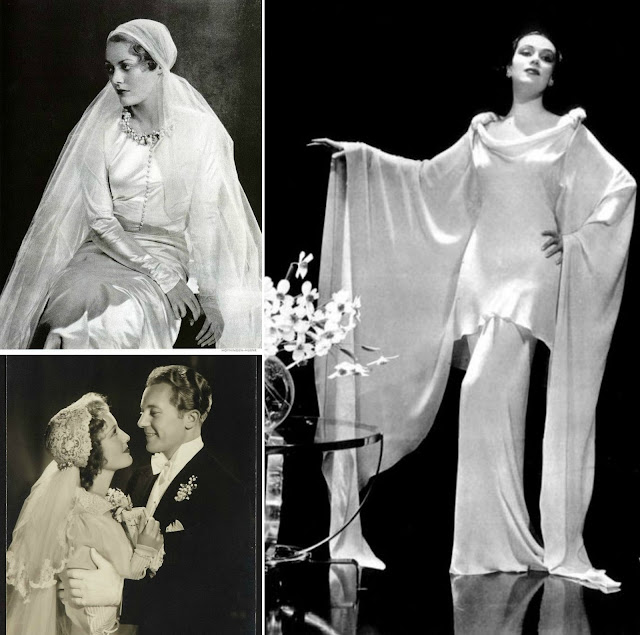 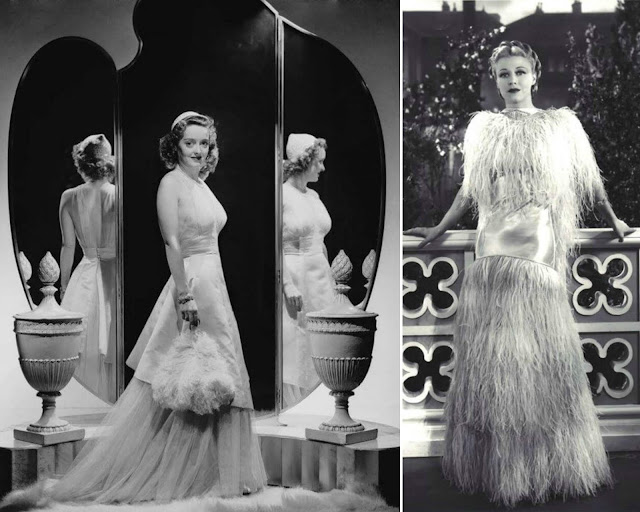 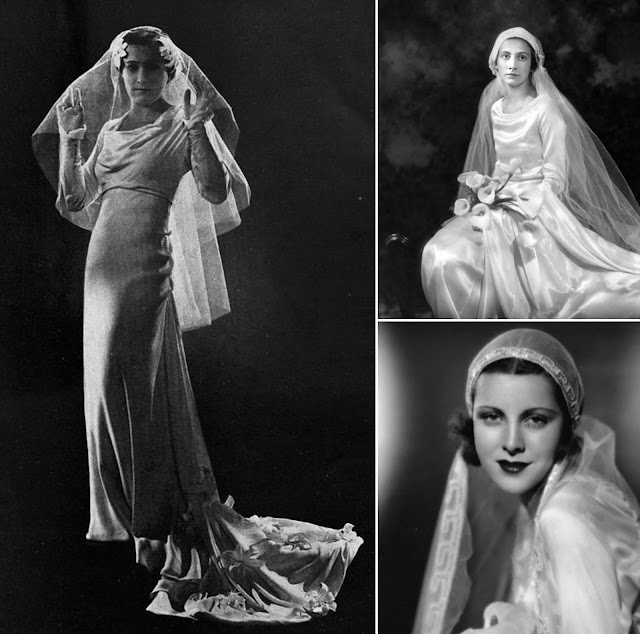 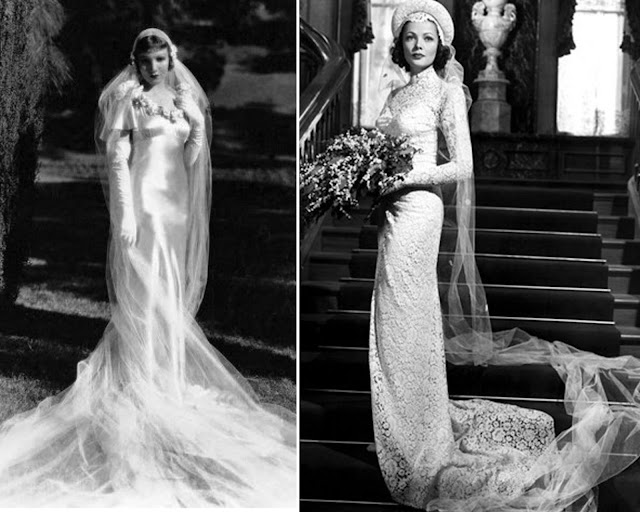 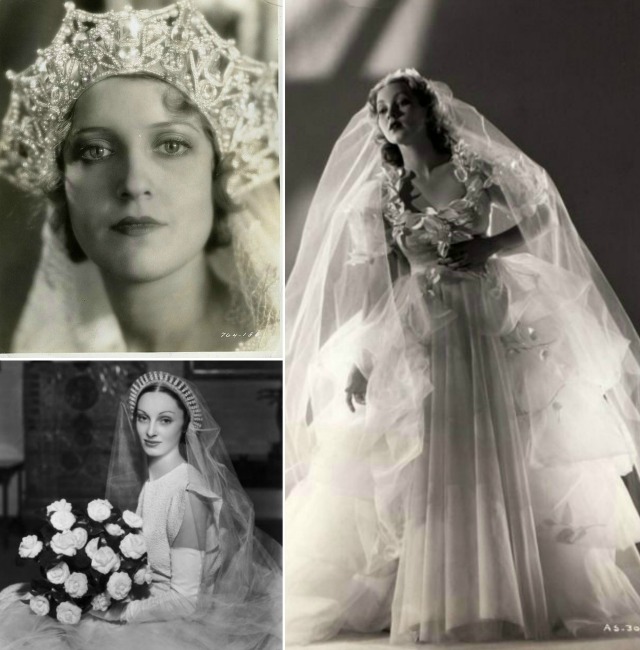 TIPS FOR CREATING A 1930s LOOK
* Silhouettes were sleek and draped the body in lightweight high sheen satins and crepes.
* Two of the most popular necklines were the halter and cowl, often cut very low in the back. Actually, the look was so daring, tongues clucked as the etiquette police of the time declared, 'no nice lady wore such things out at night'. Ladies had different ideas though and wore these back-baring styles anyway. Today the bare back is pretty much a staple in bridal collections...
* Hair was either bobbed or worn slicked back and in a low chignon. Marcelling (deep waving process) was still being used. Accents were often florals or jewels worn in the bride's hair.
*In the early 30s the cloche veil popularized in the 20s was still on the scene.  Tiaras and diadems became trendy circa 1935
* The platform shoe wasn't introduced till the 1940's, so if you're going for authenticity think satin, low-heeled and strappy.

Hello, Amy-Jo,
Many thanks for this fascinating history of bridal fashion.
Regards,
Sheila