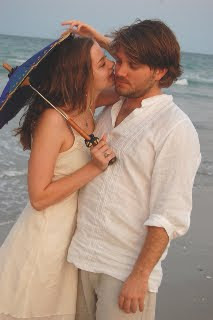 Do you recall last summer all those weddings featuring brides and their maids carrying parasols? I certainly noticed, especially after seeing that great flick, The Painted Veil with Naomi Watts and Edward Norton. Set in 1920s China against a magnificent landscape of the Yangtze River and picturesque mountains, Watts sports quite a wardrobe of these chic little props with some of the most intricate detailing I've ever seen. In 1920 however, the parasol was hardly a new concept. Going further back than Marie Antoinette, the parasol was considered a necessity in every woman's wardrobe to ward off the sun. By the mid-1800s when they hit their zenith in the Western World, it was at least known then sun prematurely ages skin. A century later we have scientific proof exposure not only ages but can cause melanoma. So our grandmothers had the right idea flaunting beautiful accessories. And so evolved the parasol; at it's most chic it can be an art form full of intricate treatments and applications just like hats, veils, purses and shoes. 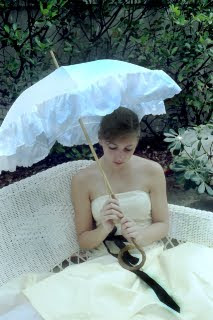 Recently, I had the pleasure of meeting Priscilla Troy of Priscilla's Parasols here in the San Francisco Bay Area. When constructed in fabric, not paper, parasols are actually made to last and make beautiful keepsakes and gifts to pass on. When Priscilla brought her entire collection in, I was amazed at the range of her designs. The collection has not only more functional products out of linen and cotton but deacquisitioned pieces from The Brooklyn Museum of Art which consisted of silk and lace gems dating back to the Civil War. Raised in the South, Priscilla moved West and pursued a career as a graphic designer and advertising art director. Today, she engages in conceptual textiles and became interested in “Shade Art” by reintroducing the parasol as both a protective devise and a fashion accessory. She feels, "One does not just carry a parasol, but wears it as a lifestyle choice. " 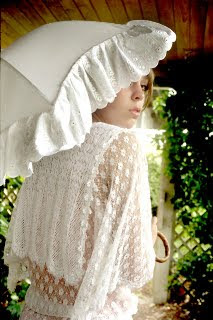 Photos courtesy of Priscilla's Parasols
Posted by bridechic at 12:00 AM

I'm currently writing a blog piece about parasols in weddings1 Been seeing them cropping up everywhere.

not a fan of the parasol. At all. A friend of mine did it at a beach wedding and I thought it was a joke.

Well I for one adore a parasol. I have such pale skin that its a necessity for me. I have a lovely traditional Japanese paper one in black, white and purple that I use most days scurrying to work and out on my lunch break. My quest now is to find a gorgeous one to go with my gown and some simple inexpensive ones for guests to pick up and use as its an outdoor by the river wedding.