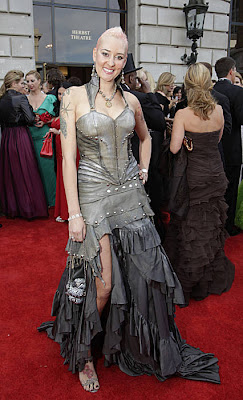 Amber Marie Bently shows off her dress by Skin Graft 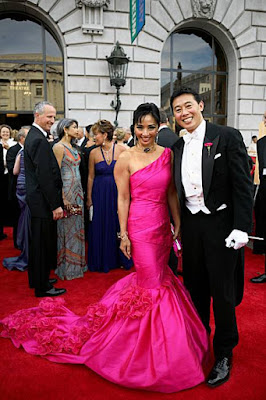 Tony and Sandra Go attend the San Francisco Opera Gala
Opening night of the opera in San Francisco has a time-honored tradition for 'Puttin' on the Ritz'. Right up there with Cannes but maybe not as renowned , opening night SF carries remnants of old guard charm and major fashion blitz all at once. Rock stars to royalty fly in from all over the world to attend. Friday, September 11, a gala party kicked off the 2009 season before opera goers attended a performance of Il Trovatore. You'll notice many bridal designers featured here . . . all those gowns we know and love simply switch to technicolor when they come out on nights like this . . . 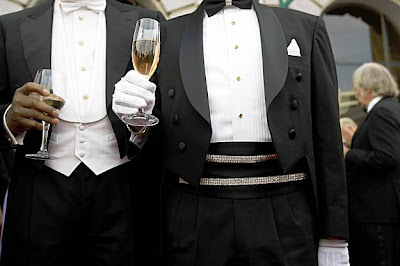 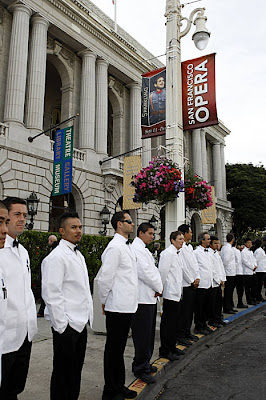 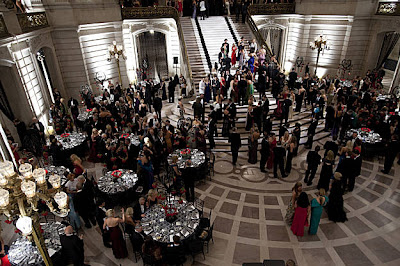 Inside City Hall, guests mingle before sitting down for dinner during opening night. 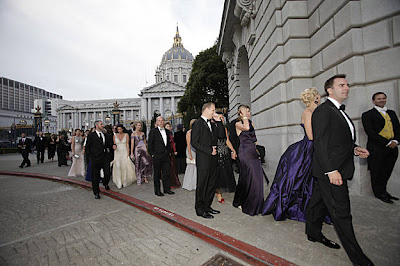 The Promenade: Guests walk into the War Memorial Opera House during the opening night of the San Francisco Opera on September 11, 2009. 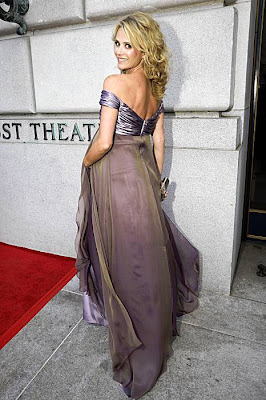 Jennifer Siebel Newsom shows off her dress during the Opera Gala 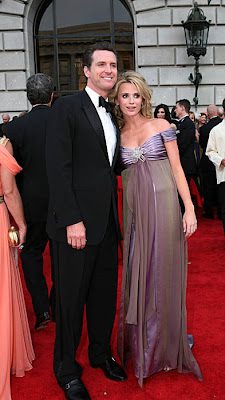 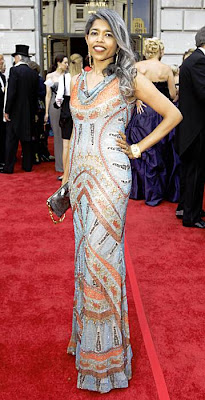 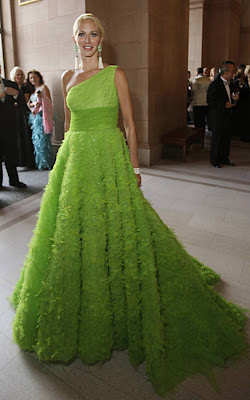 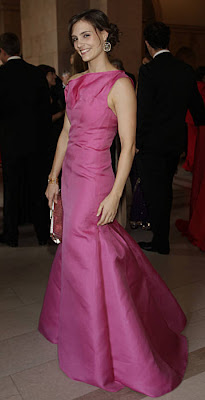 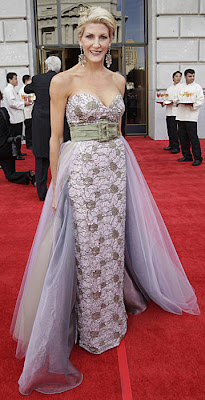 Karen Caldwell wears a dress designed by Lily Samii
Special thanks to Amber Marie Bently and Sandra Go for raising the bar on fashion and daring to go bold this season. A little beyond the fashion curve, for me Bentley's particular edge was the most comfortable seat in the house this opening night. Somewhere between underground and the most quintessential form of couture, she was in that amazing dress by the LA based design house Skin Graft . I'm hoping her gray asymmetrically tiered stunner will open doors to a whole new way of dressing
for gala nights. 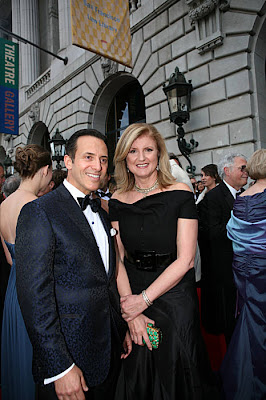 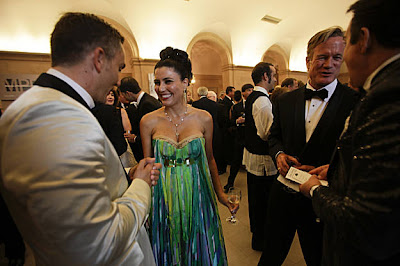 From left: Marius Carluci, Afsaneh Akhtari, Stephen Silver and Joel Goodrich enjoy the Opera Gala during the opening night of the San Francisco Opera at the War Memorial Building on September 11, 2009.
Photos courtesy SF Gate
Posted by bridechic at 5:08 AM

What lovely elegance! I never thought about who designed wedding gowns... the same people as in when turned into technicolor, as you well put it!