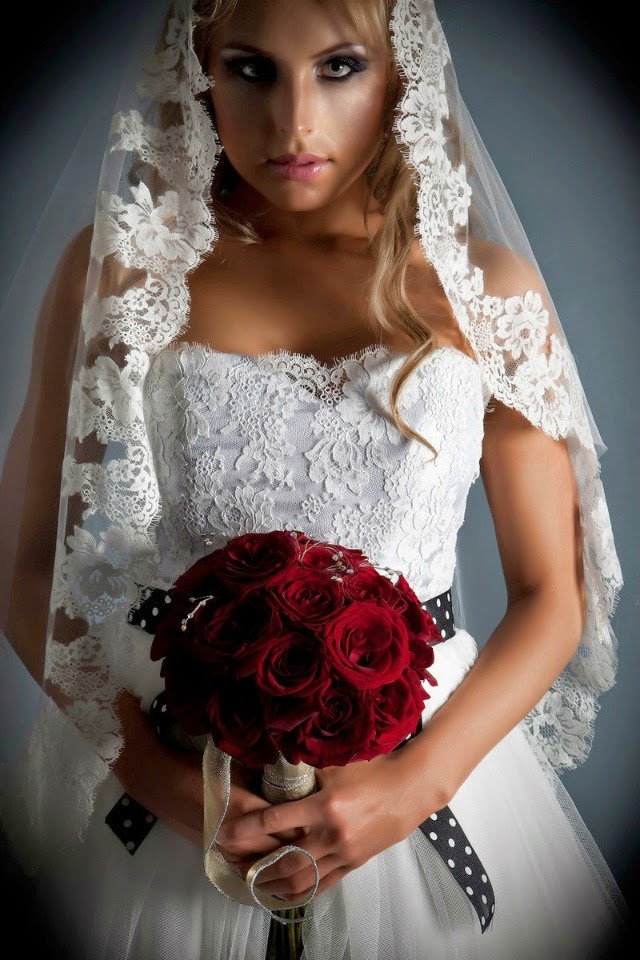 Awhile back a client came in wanting a drop veil (aka the mantilla)  not because she was getting married but going through the ritual of converting to Catholicism. Once she walked into my studio with the just purchased laces and we discussed her design in greater depth, I realized this is one headpiece that evolved from a remarkable history worth posting about.
The mantilla originated in the warmer climates of Spain circa 1700. Lace versions were chic through the 17th and 18th centuries and you can find them in portraits by Velazquez and Goya. By the 19th century, Queen Isabel II encouraged wearing the mantilla. However, after her death the fashion for wearing them died down and by 1900 mantillas were the head chic reserved only for special events like Holy week, weddings and funerals.
The mantilla is usually cut on a circle of lace or tulle and bordered with lace trim around the edges. The traditional mantilla, originating as the Spanish mantilla, is oval shaped and worn at the top of the head, held onto the head with pins or attached to a head piece. 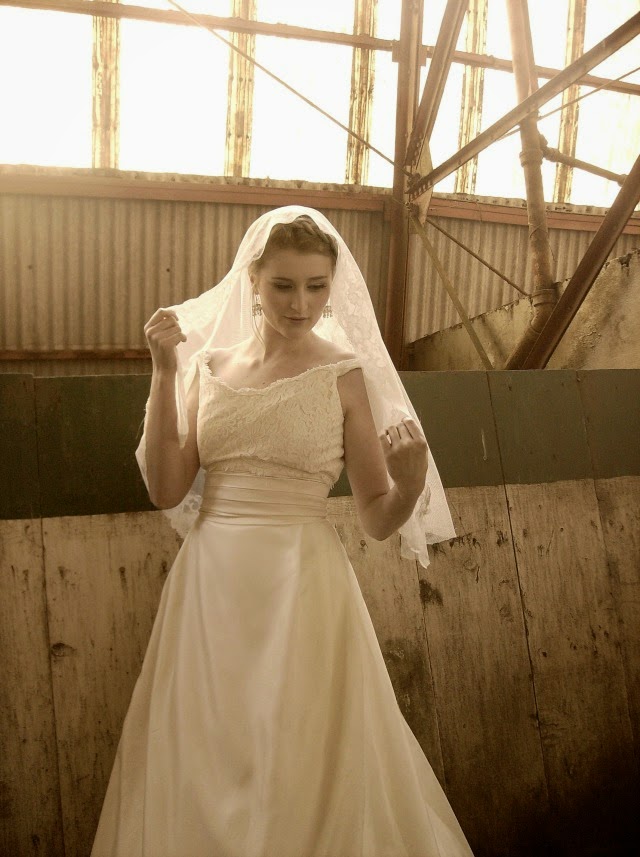 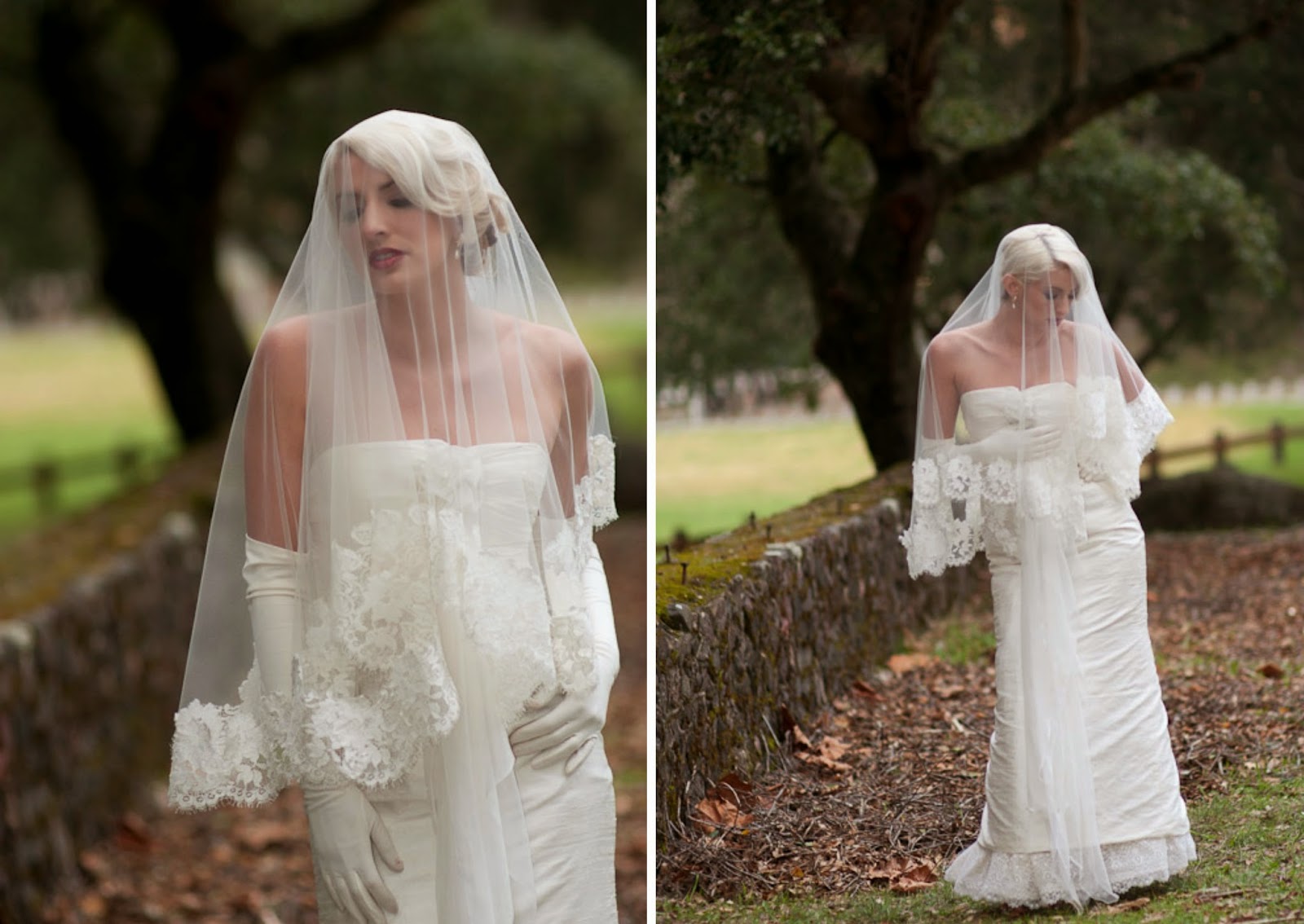 There are a few ways of wearing a mantilla. Because this veil lacks density, you can fold it over into a layer and tack it to the back of a bun. You can also literally drop it atop your head and wear it over the face or further back with or without a headpiece. Plastic or metal combs sewn to the center can secure the veil in place. How about an alternative to a traditional mantilla? Try a mock mantilla veil, which has low dense gathers and is cut into one or two tiers. Lace is then added to the

edges. A cascading mantilla is another option and has a top layer worn over the face. For a really extraordinary effect, Alencon, Chantilly or Venise lace can be hand beaded

CREDITS
Gowns and veils by Amy-Jo Tatum
Top Photo by S1 Studio
Photo 2 by Bride Chic 2014
Photos 3 and 4 by Pixamage
Posted by bridechic at 12:00 AM