SALUTE TO ADRIAN: THE KING OF HOLLYWOOD GLAMOUR 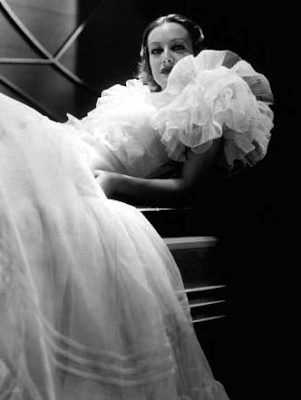 Joan Crawford in Letty Lynton 1932
When Hollywood designers are mentioned two stand head and shoulders above all others: Adrian and Edith Head. Head of course had flair and that remarkable staying power. In a highly competitive arena, she outlasted just about every designer for two generations in Hollywood(or was it 3?). Then there was Adrian. He just had magnificent talent. Born Adrian Adolph Greenberg, he was head of costume at MGM from 1928-1942 in a time that would mark his fourteen-year reign one of the most innovative in Hollywood. His inventive, often shocking designs are still state-of-the art today and evoke glamour always. He dressed Jean Harlow, Joan Crawford and Norma Shearer and was instrumental in helping make them beautiful for the camera, so they would eventually go on to become icons. He borrowed from everywhere and everything using his free reign as a costumer to flow over into fashion. Seventh Avenue had particular interest in Joan Crawford’s screen wardrobe and the MGM publicity machine made sure pieces from her 'movie wardrobe' were in stores in time for the release of her pictures. Adrian’s famous Letty Lynton dress you see here in white organdy is an example; Macy’s in New York sold half a million copies of it (not bad for 1933 when most of the world was feeling hard hit by economic depression). 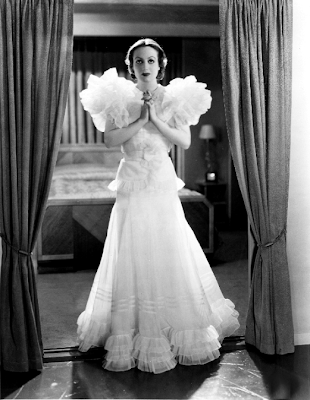 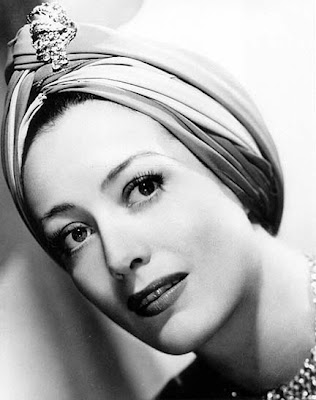 Joan Crawford in The Women 1939
Adrian also had a unique flair for hats and exotic headpieces. Above is a jeweled turban that would go on to become a late thirties-forties trend in fashion. The net bow below would make a dynamite bridal headpiece in any era. 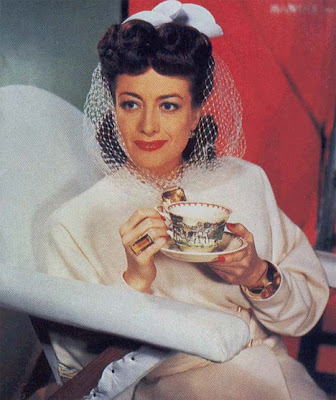 Joan Crawford in When Ladies Meet 1941 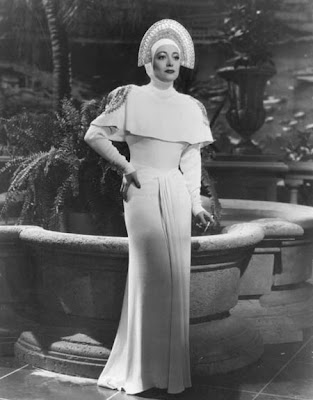 Joan Crawford in The Ice Follies 1939
Though the pieces directly above and below would still be considered radical even these days, they are great examples of Adrian's inventiveness as a designer. Check out the hooded crepe veil below incorporating veil and dress all in one. 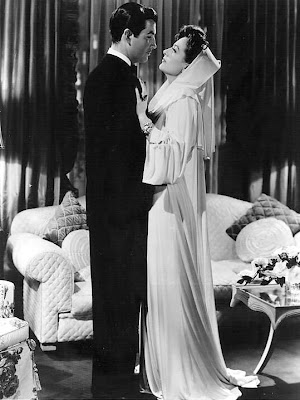 Joan Crawford in When Ladies Meet 1941

Joan Crawford in Dancing Lady 1933
Adrian and the public saw Crawford as a fashion plate despite her rather wonky body for showing off clothes. If you look at her in swimsuit photos, her legs are stumpy and short and she has ultra-broad shoulders and a long, thick waist. A real designer's challenge, Adrian helped Crawford become the most fashionable woman in Hollywood, surprisingly not by covering all her flaws but accenting them. The Letty Lynton dress with big, puffy shoulders is a case in point. So is the dress below from Dancing Lady. Later, Adrian went on to design the man-tailored suits with broad shoulders known today as 'The Crawford Look'. 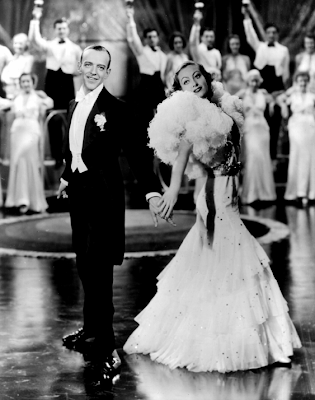 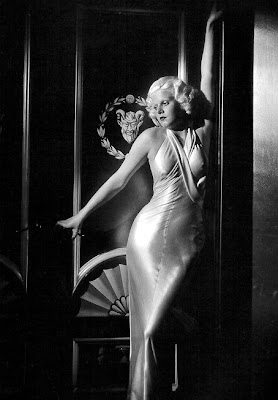 Jean Harlow was gorgeous. The first to go platinum and braless, Adrian accentuated her hair and breasts by dressing her in clingy, slinky, bias-cut satins that, in those days, resembled sexy nightgowns. Adrian also played up these body-hugging, boudoir chic silhouettes by sometimes adding feathers and fur. 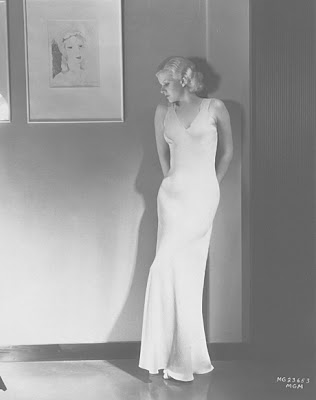 Look at the magnificent bias-cut beauty above. Wouldn't it rock as a gown for an evening or beach wedding? 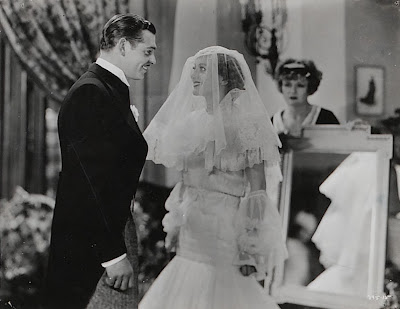 Joan Crawford in Forsaking All Others 1934 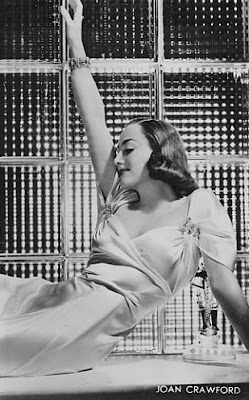 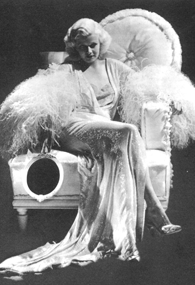 Jean Harlow in Dinner at Eight 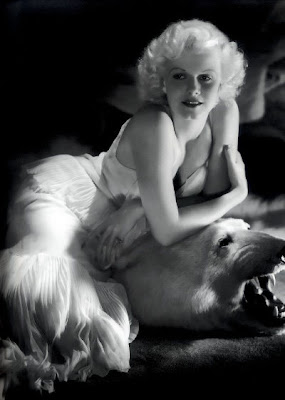 Posted by bridechic at 9:25 AM

OMG! Where did you find these pictures? Jean Harlow is stunning.

these are amasing pictures!
i hope you keep inspiring future brides with more og these!