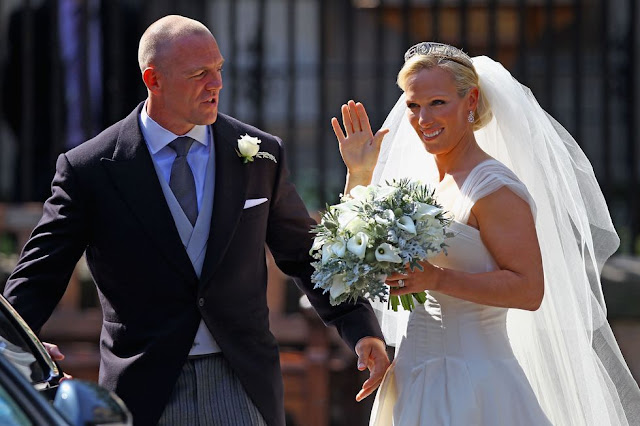 via
You don't have to be a noble to wear a tiara on your wedding day but boy the bluebloods sure know how to strut this headpiece. 99-99/100ths of royal brides go full-fig formal with long, flowing veil topped off with one of these gems.  Oddly, according to custom for the last two hundred years, the tiara has been the official headpiece of married women, and, ahem, dowagers. So why do Miss America winners get to wear them? Maybe because tiaras, aka diadems have always been worn by nobility and very important people. These jeweled crowns are as ancient as civilization itself. The earliest were found in the Greek/Roman world. Goldsmiths created them to crown the heads of statues of their Gods and priests. The Greeks also awarded them to Olympic champions, and higher-ups wore them to mark celebrated occasions. In Egypt the tiara was a symbol of respect to crown the heads of royal and noble mummies. Fast forward a few centuries and once the Bourbon monarchs returned after 1815, it spun off a real show of elaborate jewelry found in the tiaras of the French court. The British likewise made up some of the most memorable and stunning tiaras of the 19th Century. During this time tiaras became associated with weddings, ushering in the birth of the 'matrimonial tiara'.
Above: Zara Phillips wedding to Mike Tyndall. From her mom, Princess Anne came The Meander Tiara, Greek in design.  Prince Phillip's mother, Alice of Battenberg gave this to now Queen Elizabeth as a wedding present back in the 1940s.  Elizabeth in turn gave the piece to Anne in 1972.  Love the effect of the pouf veil in the back. Below: Russian designer Ekaterina Malysheva wed Prince Ernst August of Hanover in a gorgeous silk concoction that falls into a perfect bell silhouette. The incredible lace veil is held on with a glittering silver tiara. 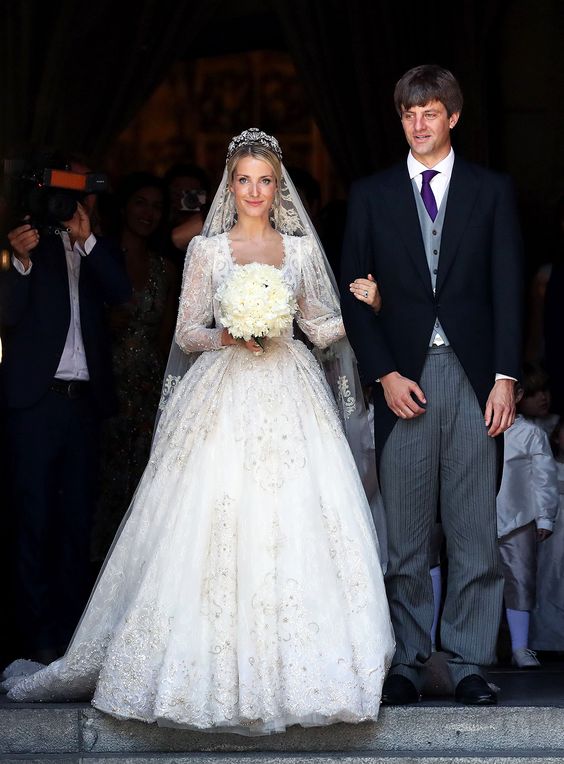 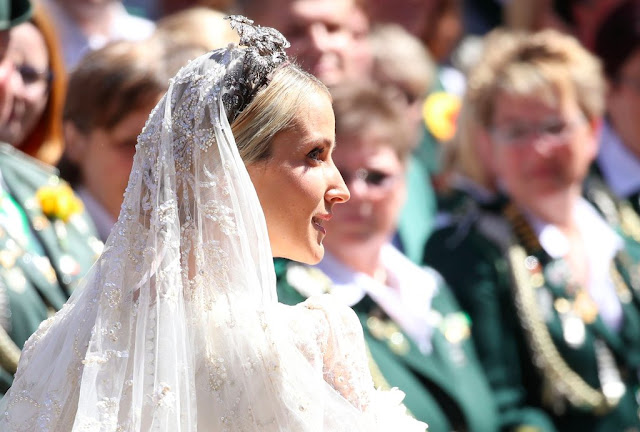 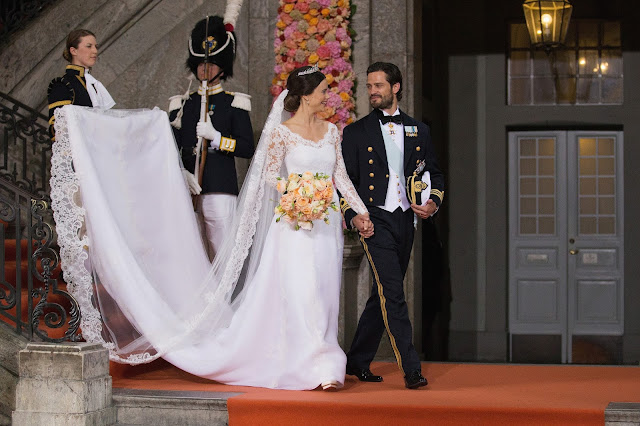 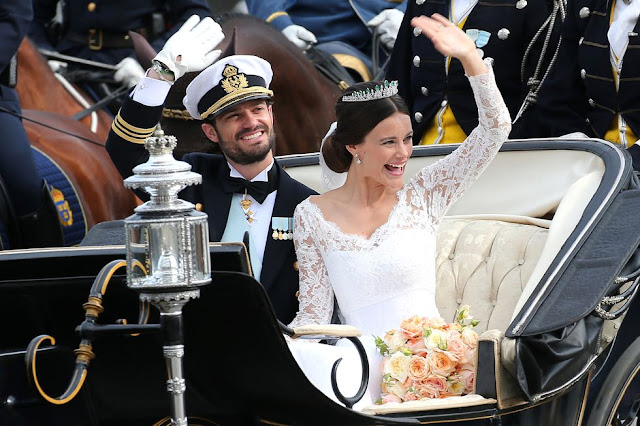 Above: Sofia Helqvist wed Prince Carl in Stockholm back in 2015. Check out her veil tacked to the back of her bun and falling into yards and yards of tulle and lace.  The tiara is completely separate from the veil.  Below: Baroness Cleopatra von Adelsheim von Ernst wed Prince Franz Albrect zu Oettingen-Speilberg.  She wore a monarch length veil of lace she doffed for the reception when these photos were taken, revealing this stunning diamond tiara. 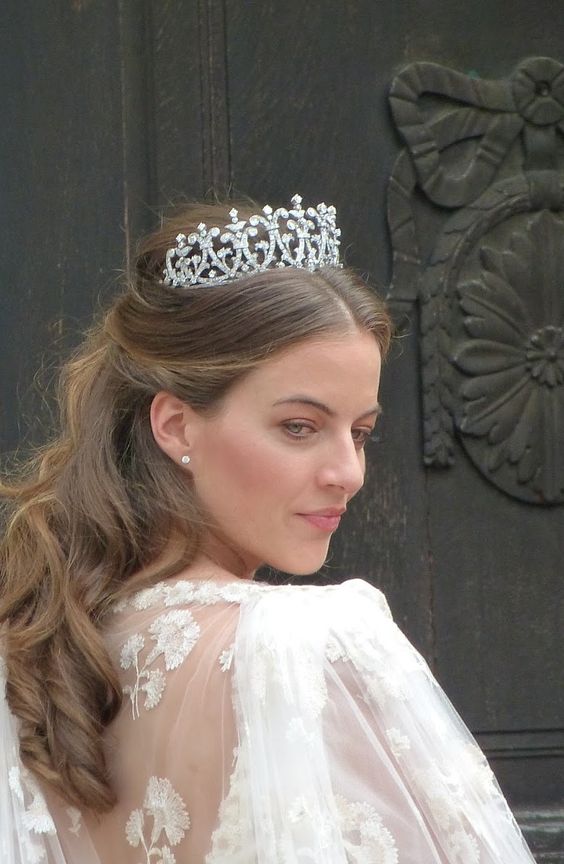 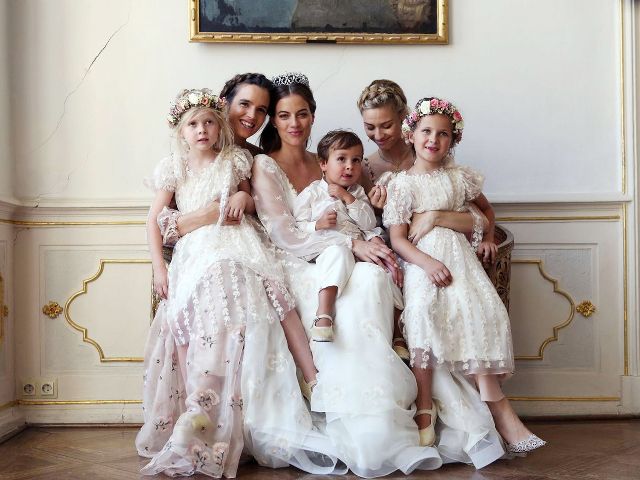