THE BEST OF THE 1990s: AMERICAN DESIGNERS 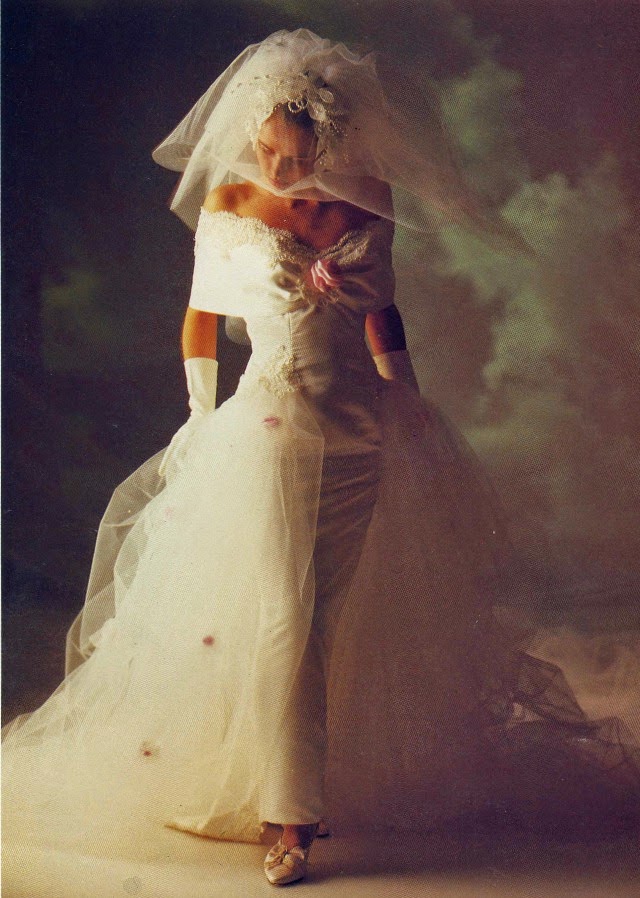 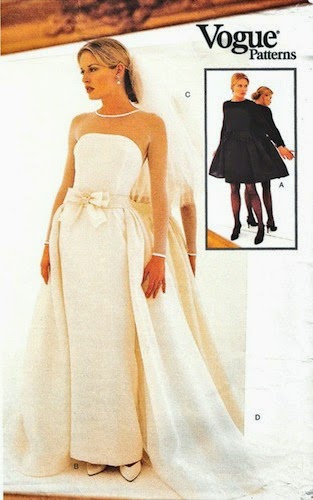 Today I have a special treat for everyone out there looking for a bit of inspiration. We're going to turn back the clocks and do some traveling through time--times not really respected as fashion worthy when it comes to bridal wear yet there were some fabulous designers out there laying the groundwork for The Millennium. Mind as well start with the American icon who really brought wedding fashion to the mainstream--Vera Wang.  Breaking tradition she still managed to offer clean lines and a new individuality never seen before in bridal wear.    Inspired, other designers helped bring bridal to a new level in  the 21st Century.  If you remember the 1990s as a time of huge sleeves, butt bows and bodices and skirts encrusted with such heavy bead work you couldn't find the fabric realize there were  some magnificent gowns created back then by talented designers, some so far ahead of their time it amazes me.
In the 1990s, we saw the emergence of the studio designer. These independents closely resembling the Etsy artisans of today, chose to create and show their own collections in ateliers and small shops all over the world. Private designers as they were also known were showcased first in the premiere issues of Wedding Dresses Magazine. Soon American editors picked up that significant bridal trends were being created not only in Paris and New York but wherever there was a talent that burned to create. Alas, twenty some years later not all these designers are still with us. All though have left their influence . . . 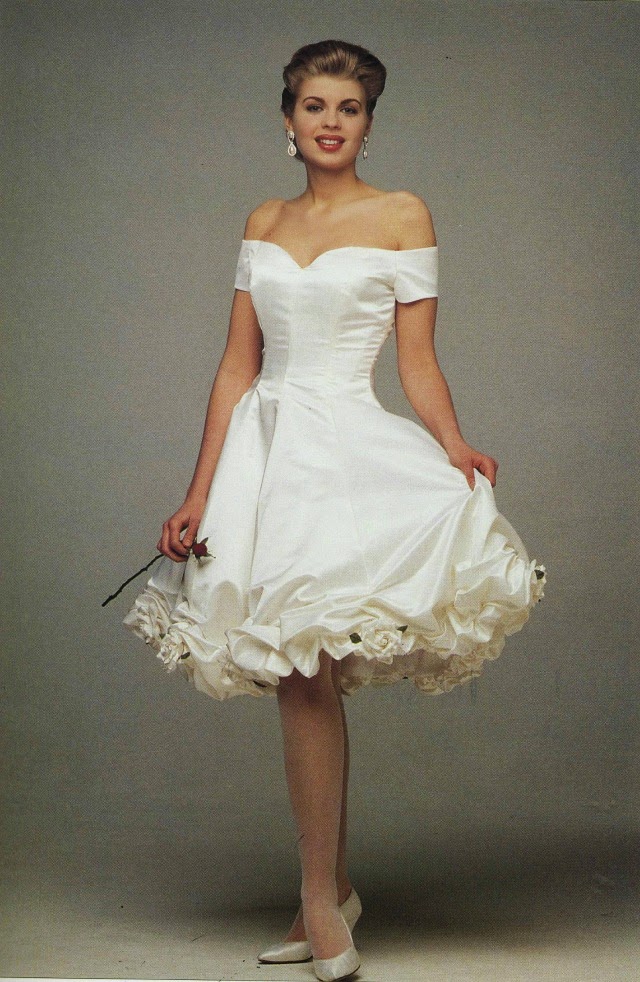 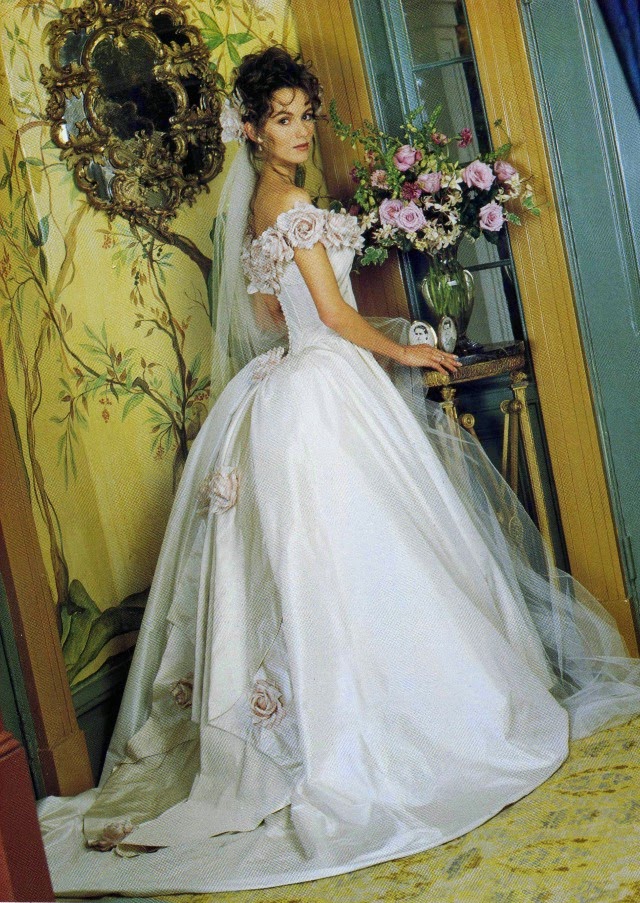 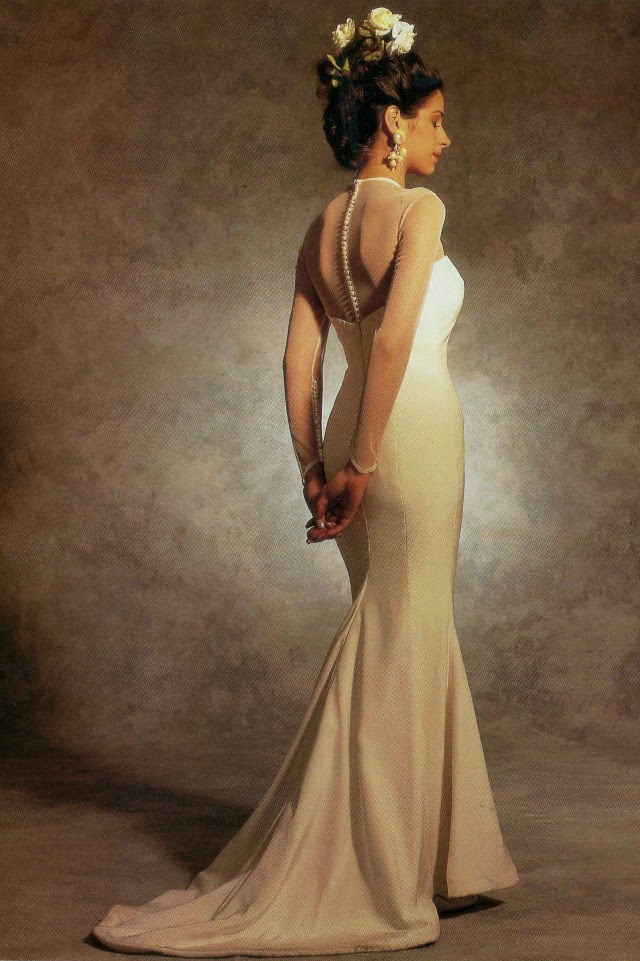 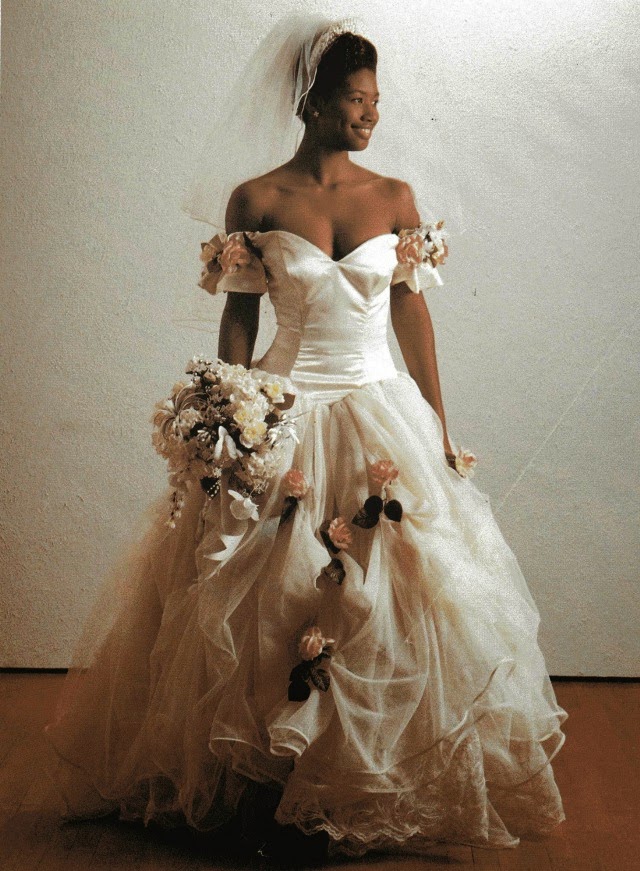 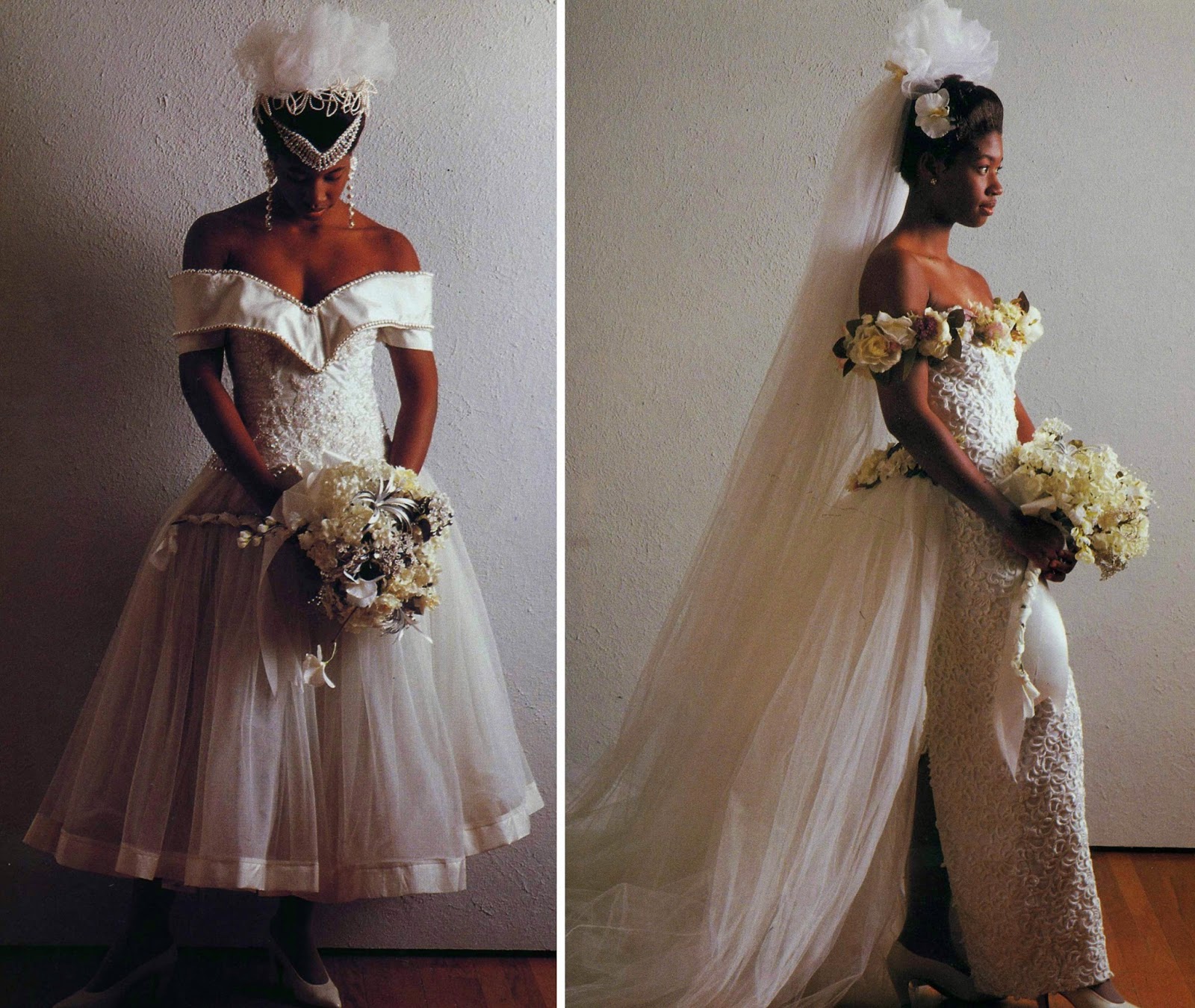 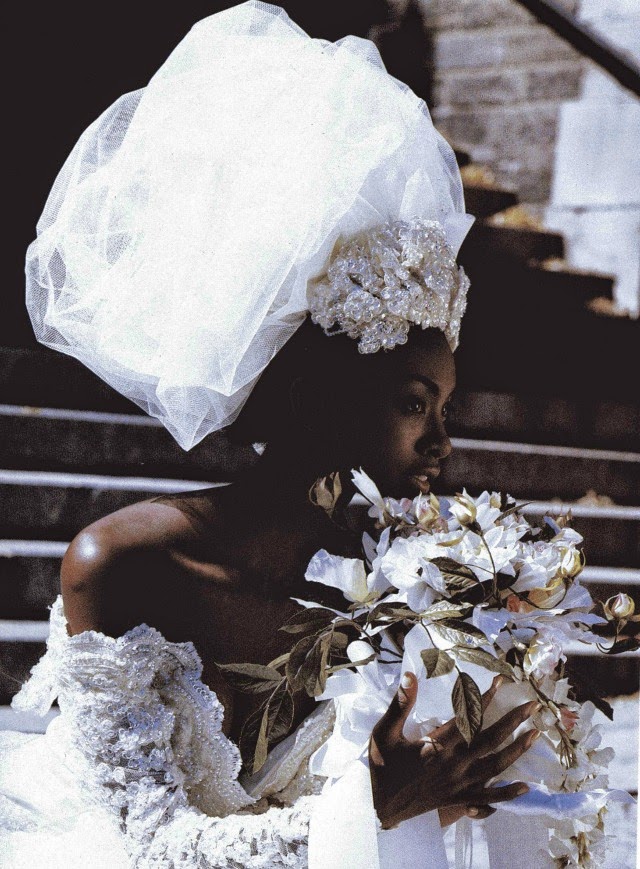 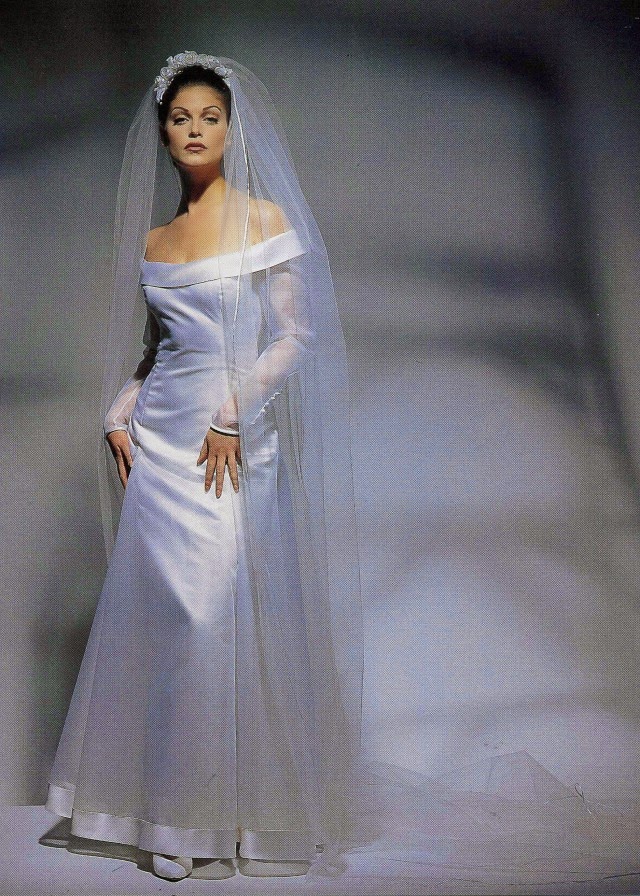 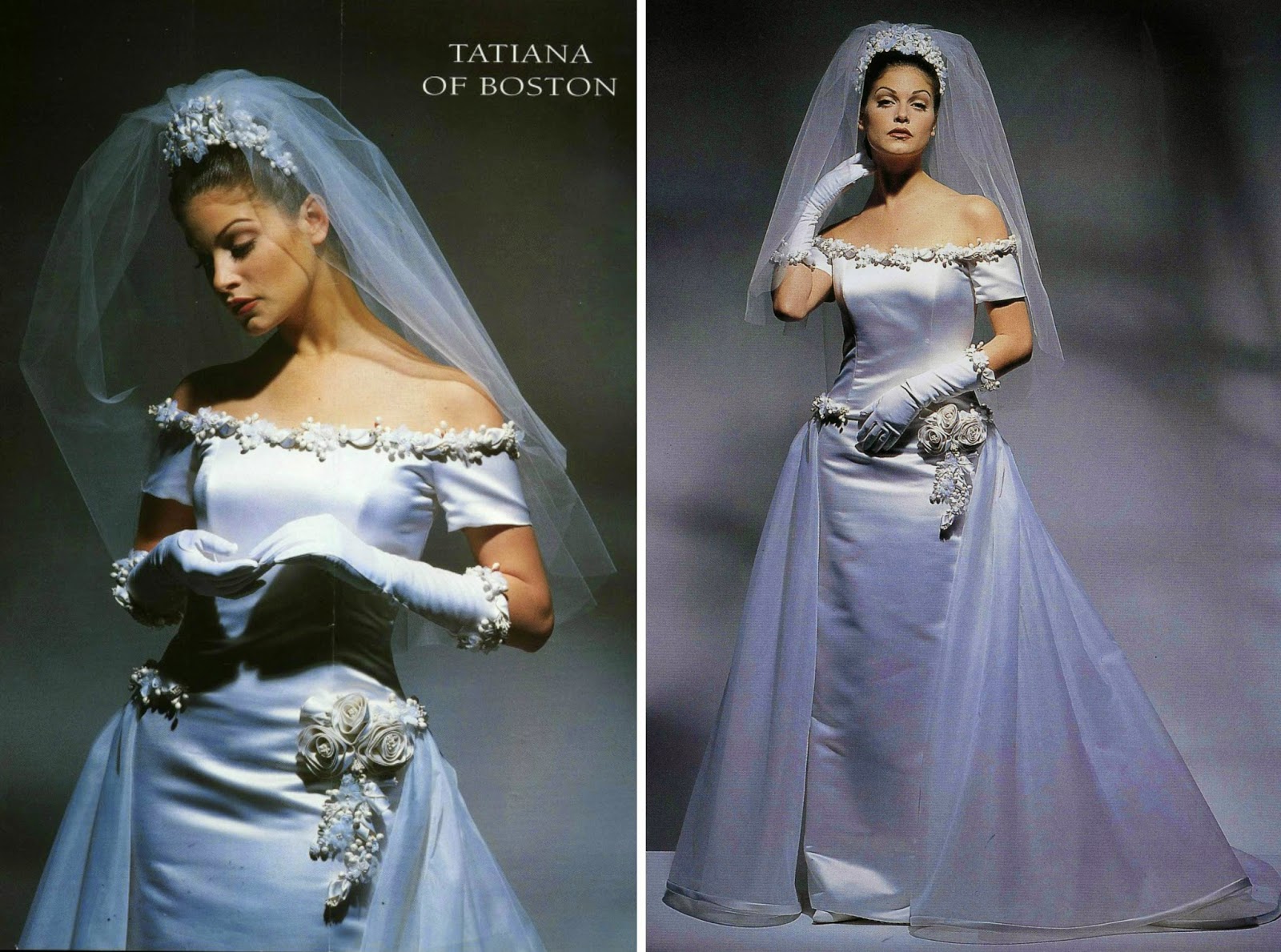 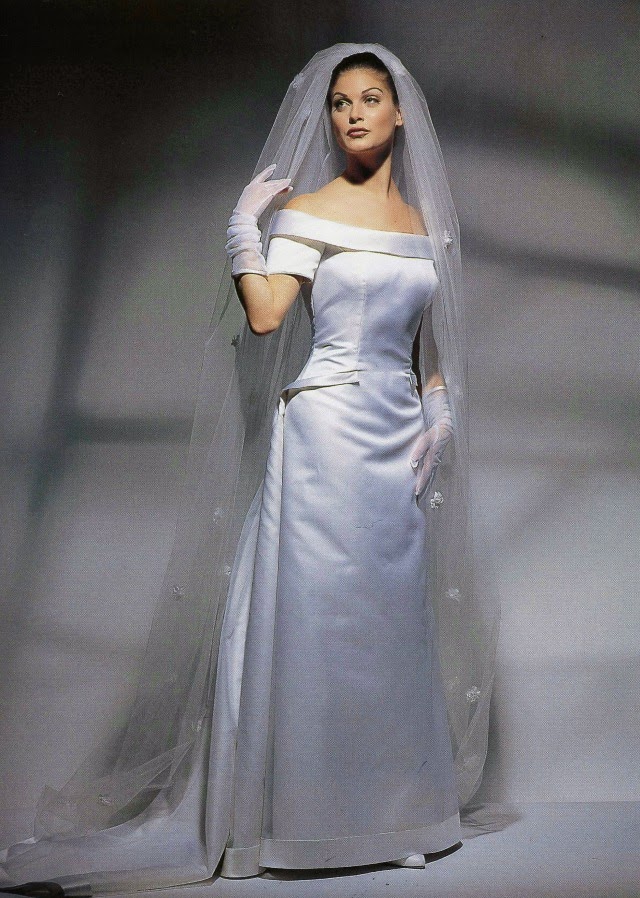 Photos from back issues of Wedding Dresses Magazine
Posted by bridechic at 12:54 AM