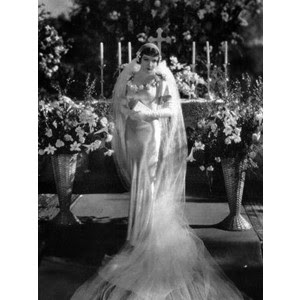 source
Never was there a decade more in sync with cinema than the 1930s. Hollywood designers and the actresses who wore their creations influenced the way we look at weddings and fashion today. What could be more 30s than Robert Kalloch's creation above for Claudette Colbert in It Happened One Night? The body-hugging bias cut was still a new, even radical concept in 1934, especially for a wedding gown. During this golden era, it was not Paris anymore as much as Hollywood that decreed fashion. This simple satin gown with florals surrounding the neckline could be found today in a few designer collections. The look has become timeless. Attached to the cap head piece you'll see miles of chiffon netting, a light and airy fabric the designer chose because in this story, Colbert needs to become the runaway bride once she decides Clark Gable is the one. As she runs, the veil, long as it is, lifts and floats beautifully off the ground to produce a kind of 'bride in flight' look. 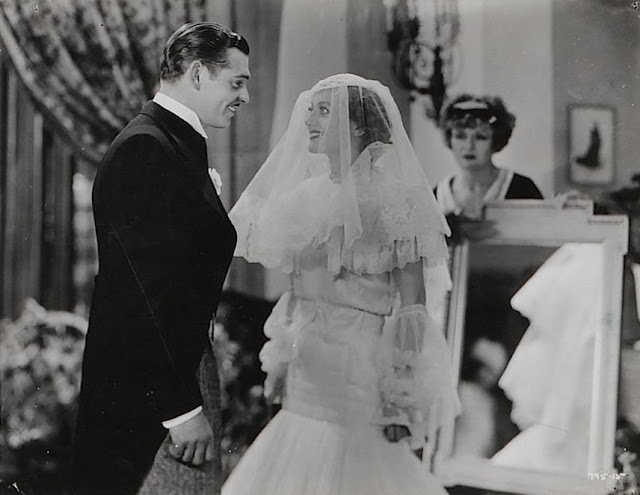 Joan Crawford in Forsaking All Others 1934
When Hollywood designers are mentioned two stand head and shoulders above all others: Adrian and Edith Head. Head of course had flair and that remarkable staying power. In a highly competitive arena, she outlasted just about every designer for two generations in Hollywood(or was it 3?). Then there was Gilbert Adrian, head of costume at MGM from 1928-1942 in a time that would mark his fourteen-year reign one of the most innovative in Hollywood. His inventive, often shocking designs are still state-of-the art today and evoke glamour always. He dressed Jean Harlow, Joan Crawford and Norma Shearer and was instrumental in helping make them beautiful for the camera, so they would eventually go on to become icons. Seventh Avenue had particular interest in Joan Crawford’s screen wardrobe and the MGM publicity machine made sure pieces from her 'movie wardrobe' were in stores in time for the release of her pictures. Adrian’s famous Letty Lynton dress you see here in white organdy is an example; Macy’s in New York sold half a million copies of it (not bad for 1933 when most of the world was feeling hard hit by economic depression). 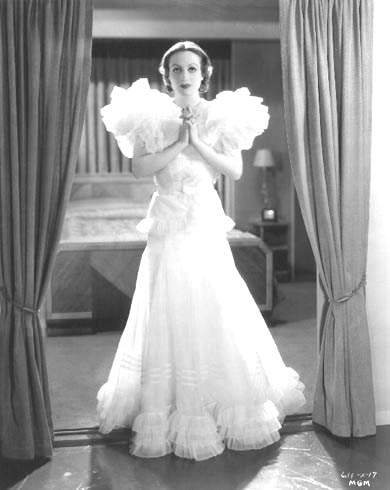 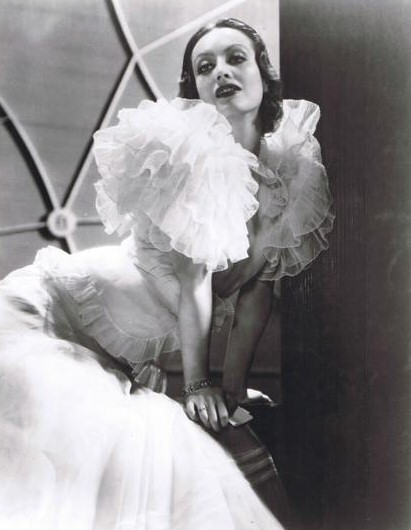 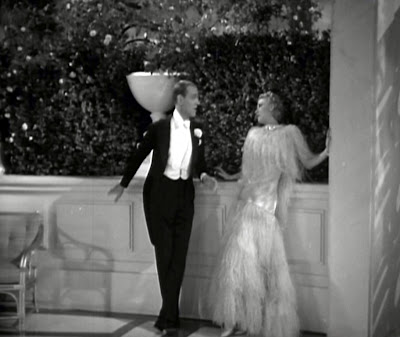 source
Fred and Ginger were the icons of romance during the Golden Age of Hollywood. If you've checked out most of the top designer bridal collections the past couple years, the Astaire-Rogersesque glamour is still allover the radar screen. Ginger's gowns were legendary yet no one designer was synonymous with creating her costumes at RKO. The famous Feather Dress above by designer Bernard Newman hails from Top Hat 1935. She was also dressed by Irene Sharaff,and Walter Plunkett. 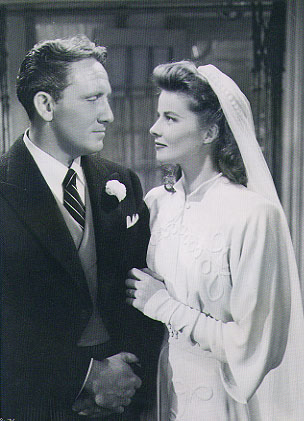 Woman of the Year
Kate hepburn's roles had her wearing sportswear out on the golf course while her at home and evening- chic were the ultra-fem confections of Hollywood designers like Adrian and Howard Greer. Hepburn's wardrobe in Bringing Up Baby and The Philadelphia Story did indeed inpire some delectable bridal wear.

﻿The Philadelphia Story
Posted by bridechic at 12:16 AM

Wonderful photos and I really like it. For me it was fantastic and precious. A lot of thanks for sharing.