GETTING THE BRIDE TO CHIC 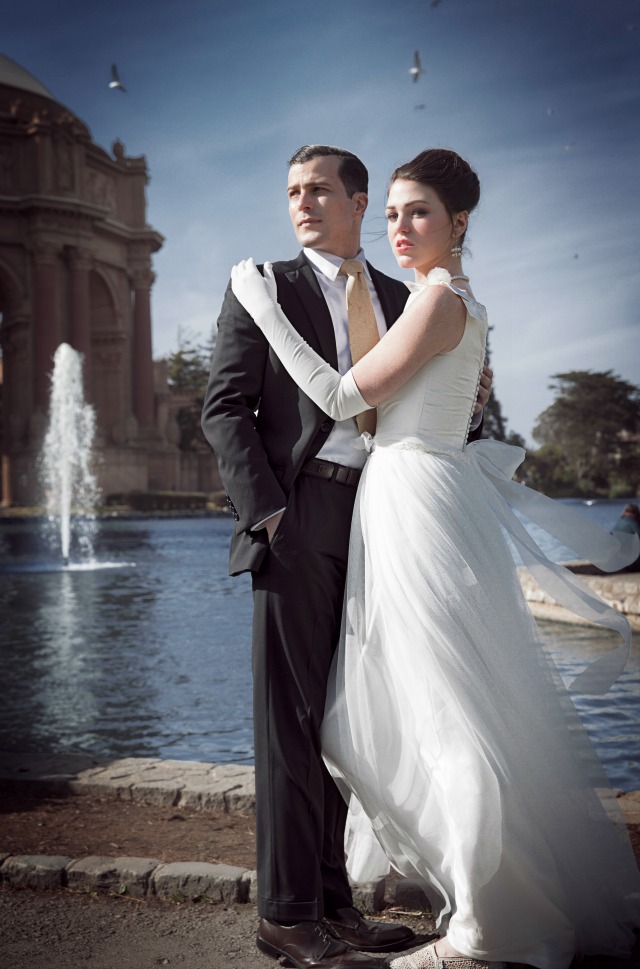 This series of images worked in tandem with a videographer/ film maker, Hayden Housini.  Awhile back I ran a few behind the scenes images on what its like to shoot a video out at The Palace of Fine Arts in San Francisco. These 'getting ready shots' by Hayden lend a kind of visual poetry that say it all. Though he was videographer on the project, in addition he's a trump shooter. A bit about the innovation and creativity behind this video.  After doing 'getting ready' scenes in a San Francisco apartment, we moved out to the Palace of Fine Arts--one of the most historically captivating backdrops in the world for shooting lovers and weddings.  The architectural interest of this landmark combined with Hayden's keen eye for capturing details make this one editorial and video worth waiting for . . . . . 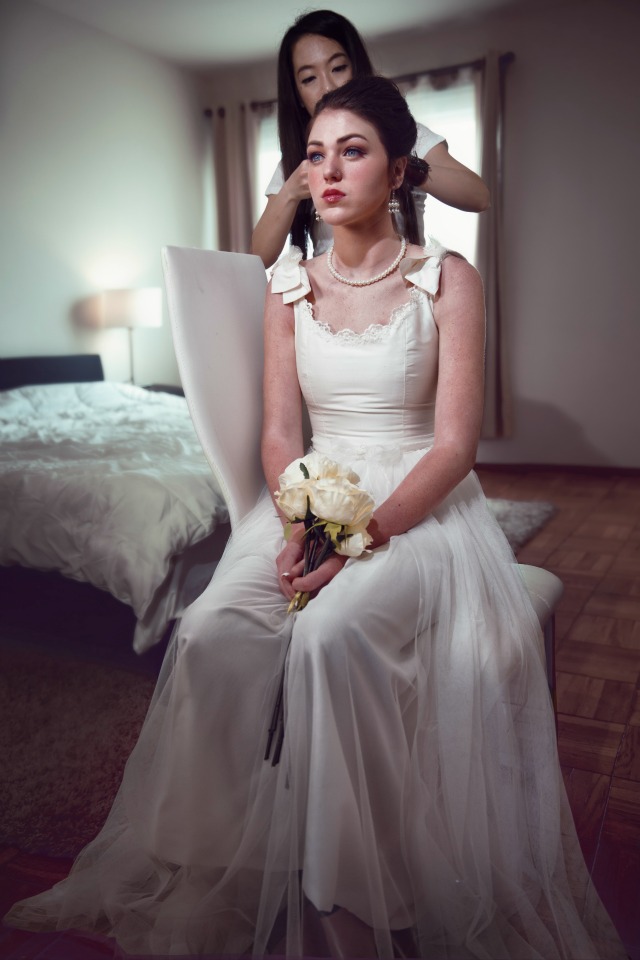 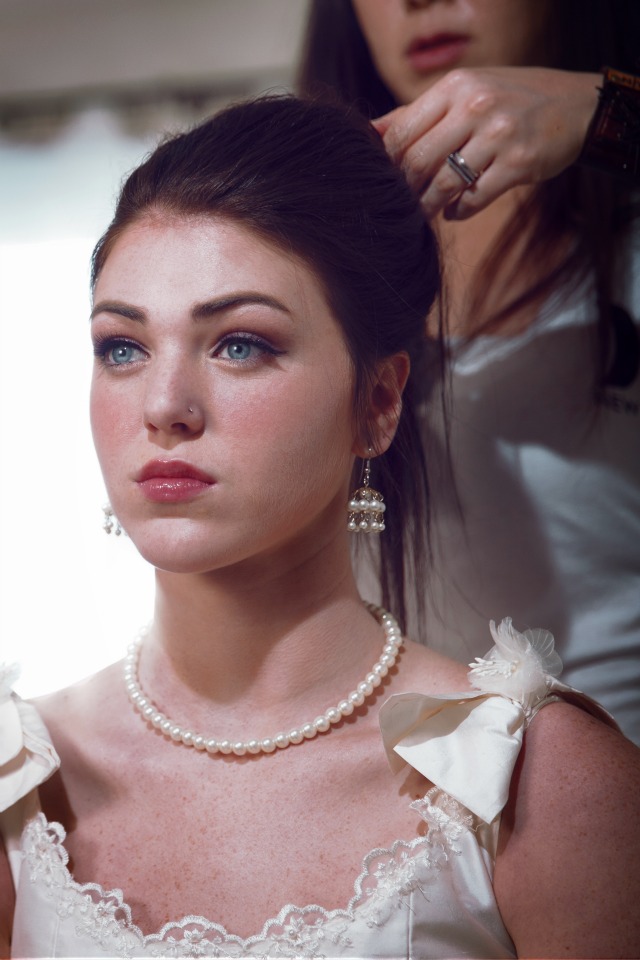 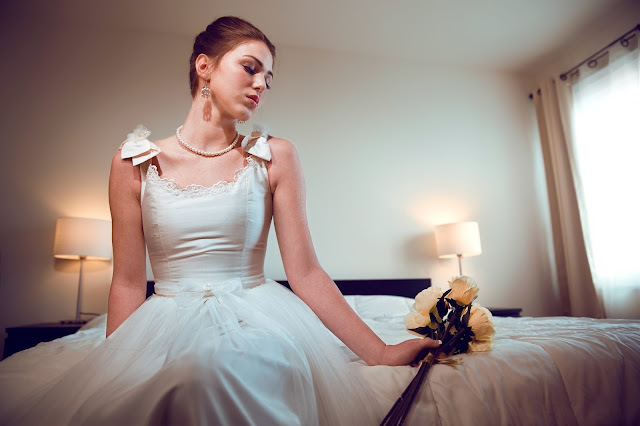 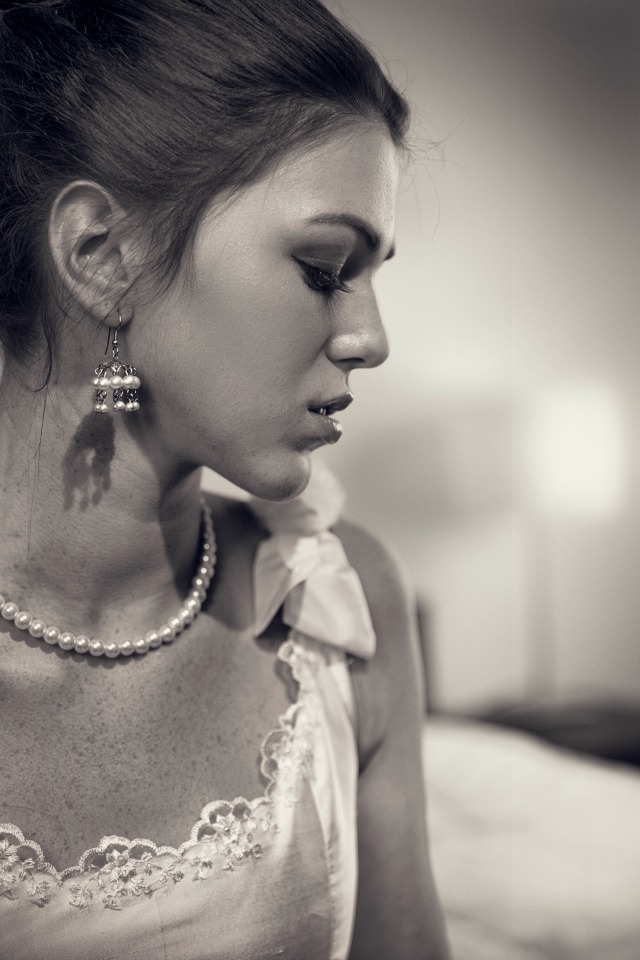 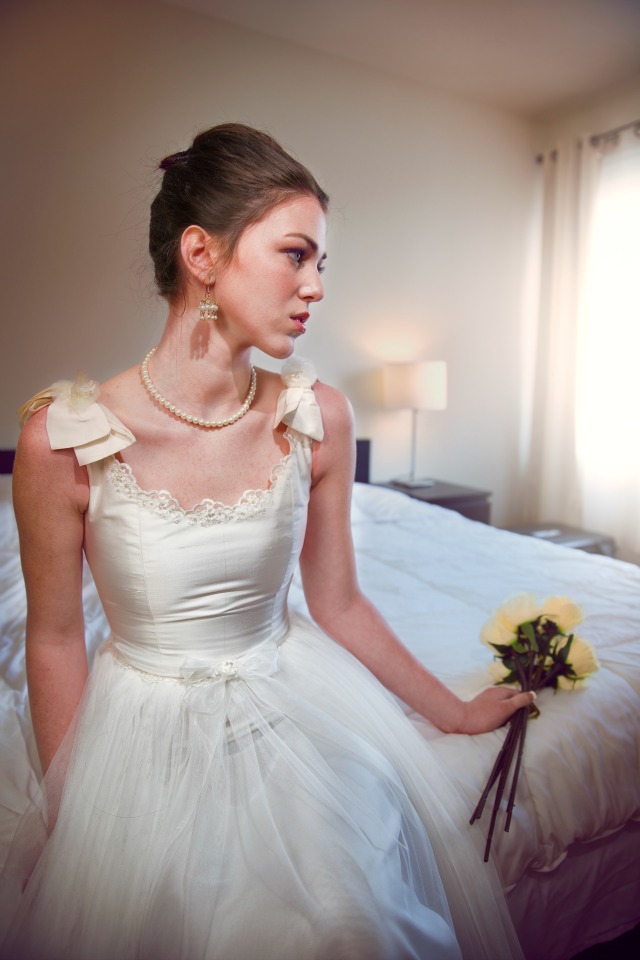 Above photos by Hayden Housini///Makeup artist and hairstylist, Felicia Chang of Bun Bun Bridal Labr//Models Case Grant and Kaspen Kuehner in front of The Palace of Fine Arts in San Francisco.

Special kudos to Travis Sanchez, Case's makeup and hair stylist and of course Felicia Chang for coordinating everyone and putting this shoot together . . . .
Posted by bridechic at 12:00 AM

Dear Amy-Jo,
Looking at “Getting Bride to Chic”, the latest “Chic of the Week”, and “The Return to Tradition”, it is clear to me that you have a marvelous ability to design magnificent gowns for every taste a bride may have. It seems that regardless of the bride’s wish for the type of wedding she dreams of, and the type of gown she plans to wear, if she comes to you she will always have a a gown that will make her so happy on her wedding day. Your talent in simply amazing!
I am a great fan of above elbow-length gloves, and I think they add so much elegance to the first picture in “Getting the Bride to Chic” and also in two of the pictures in “Chic of the Week.”
You are brilliant.
Sincerely,
Sheila

Photographer did an amazing job by capturing the most innocent, happiest moment in photos. Thank you for share it.
Wedding Cinematographers Sydney
Wedding Videography Sydney

such a gorgeous dress and beautiful model. look so pretty and so lovely
AFRICAN GEORGE AFRICAN VELVET GEORGE