THE MAKING OF A WEDDING DAY VIDEO 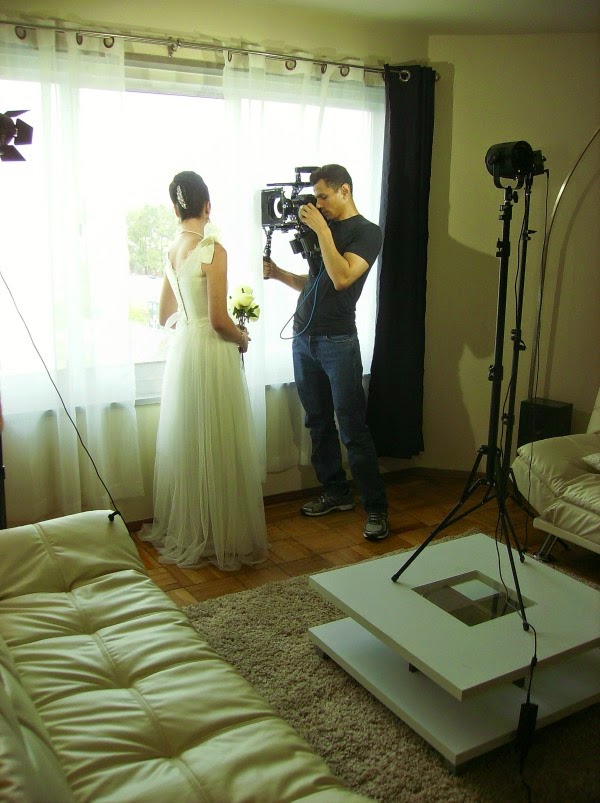 I snapped the above photo last week and put it in my preview of up and coming attractions here on Bride Chic.  I was going to run a whole series of behind the scenes images on what its like to shoot a video out at The Palace of Fine Arts in San Francisco.  That is till I caught sight of photographer and film maker, Hayden Housini's teasers below.  In this case less is more and these two nuggets of visual poetry say it all. Though Hayden was videographer on the project, in addition he's a trump shooter, so indeed, an editorial for BC is in the works. A bit about the innovation and creativity behind this video.  After doing 'getting ready' scenes in a San Francisco apartment, we moved out to the Palace of Fine Arts--one of the most historically captivating backdrops in the world for shooting lovers and weddings.  The architectural interest of this landmark combined with Hayden's keen eye for capturing details make this one editorial and video worth waiting for . . . . . 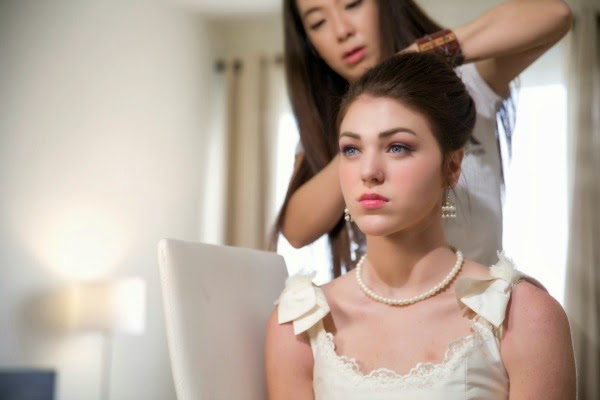 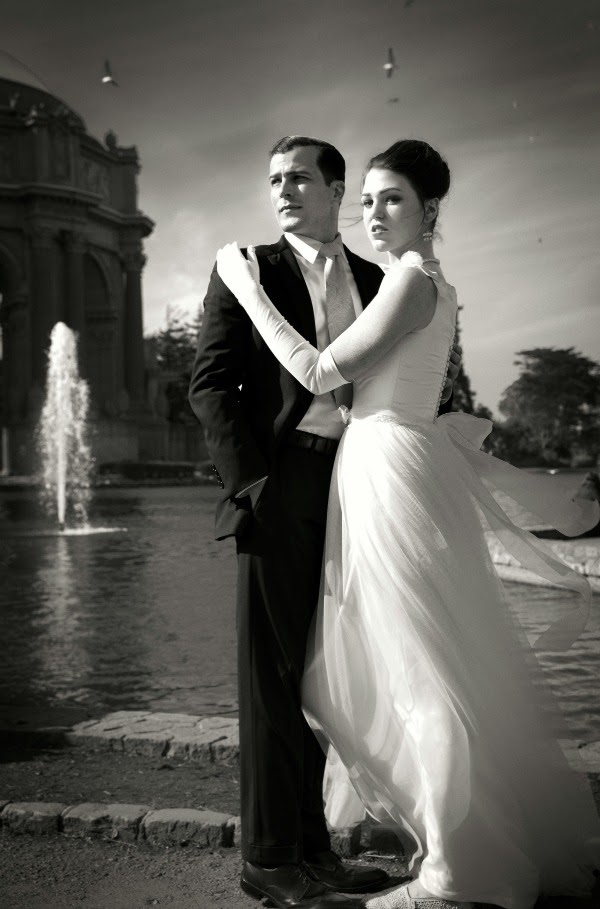 Above photos by Hayden Housini///Makeup artist and hairstylist, Felicia Chang of Bun Bun Bridal Lab putting last minute touches on model, Kaspen's hair//Black and white photo of models Case Grant and Kaspen Kuehner in front of The Palace of Fine Arts in San Francisco.
Special kudos to Travis Sanchez, Case's makeup and hair stylist.
Posted by bridechic at 12:00 AM

Looking forward to this one!