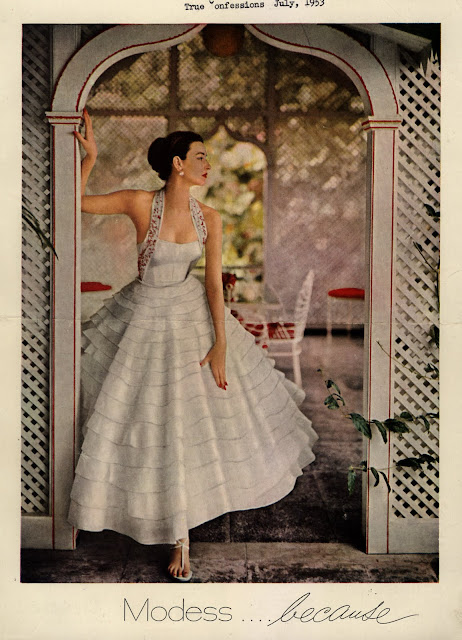 source
Growing up, I was so intrigued by these ads, once asked who my favorite designer was I answered, "Modess . . . "  For all you gals born after the last Modess ad graced the home and fashion glossies round about 1973, Modess was not the super star designer I'd once imagined but a sanitary napkin put out by Johnson and Johnson.  With a real glitzerama of an ad campaign, it had some of the most rockin' stylists of the time.  Here's what MUM.org has to say about Modess:  Modess sanitary napkins conducted a famous advertising campaign from 1948 to the 1970s in the U.S.A. Usually the only words were "Modess . . . . because." Advertising journals of the time occasionally made fun of the series; sometimes they praised it. In a sense, the unfinished phrase summed up the American public's feelings about menstruation: It's something it couldn't talk about! Read a Johnson & Johnson inside account of the origin of this campaign.  Nevertheless, these are probably the most elegant ads ever made for menstrual products. 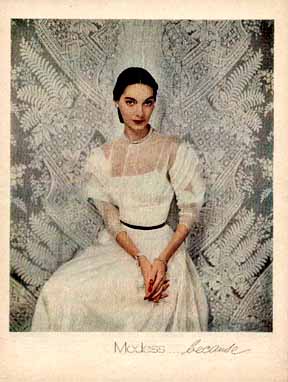 source
So what did I remember most about these ads?  Well they were full of  stylish women posed in Dioresque gowns and uber-chic settings; this helped inspire me down the silk road to fashion. Fashion in the form of ballgowns with layers of pouf, fouff and a helluva lot of serious under structure.  Don Draper and Penny Olsen, wherever you are in the fictional timeline I know you had something to do with this and I'm . . . well
very grateful to you . . . 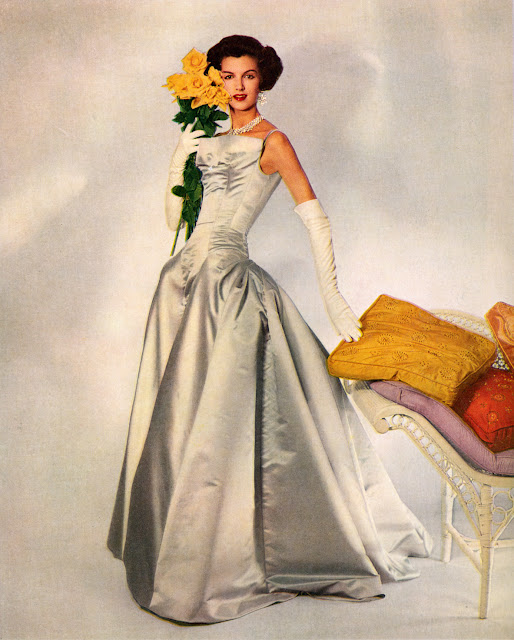 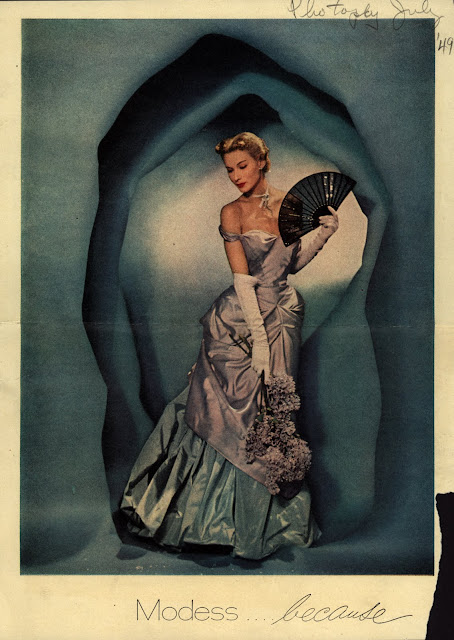 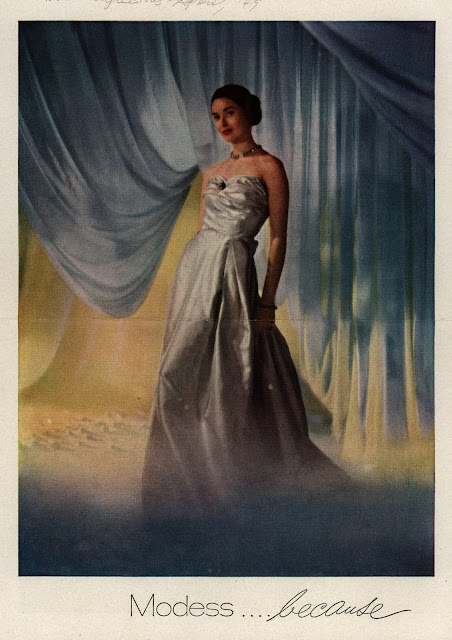 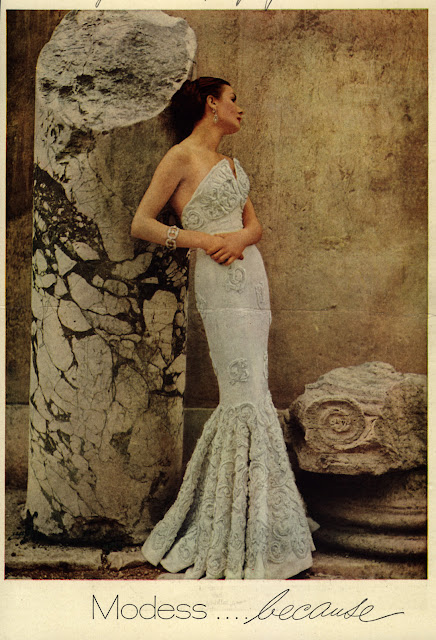 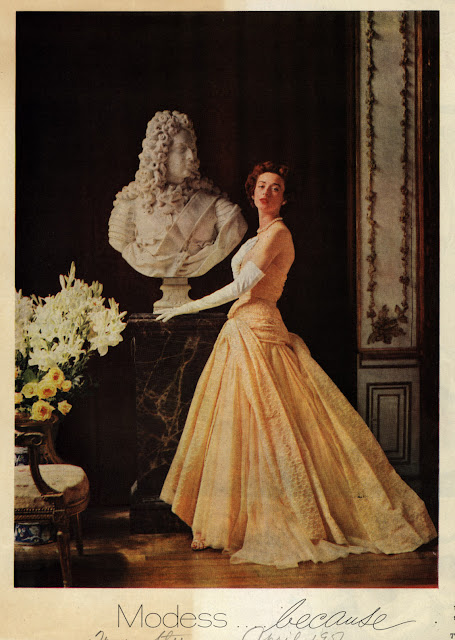 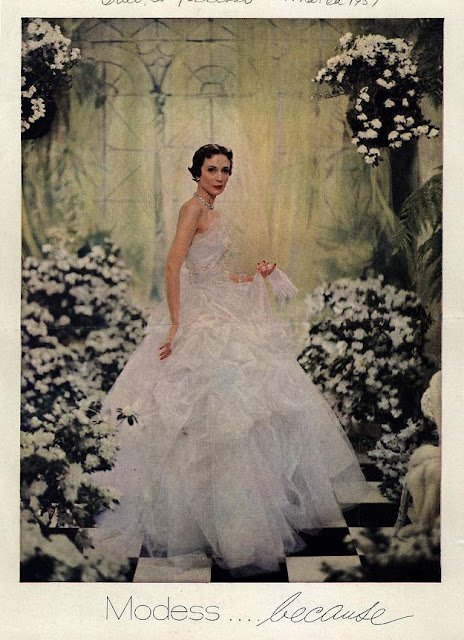 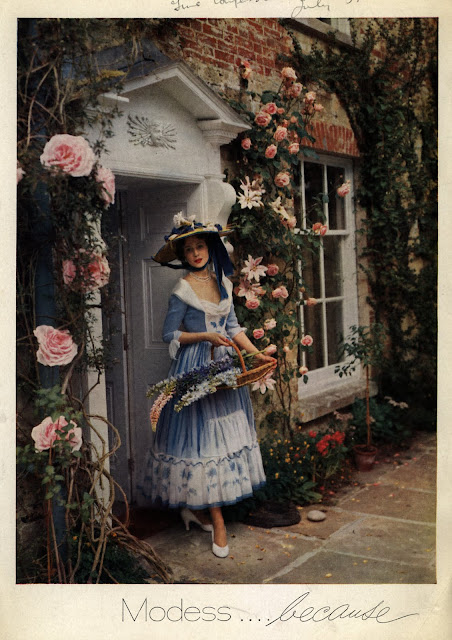 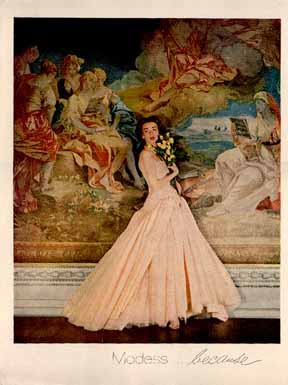 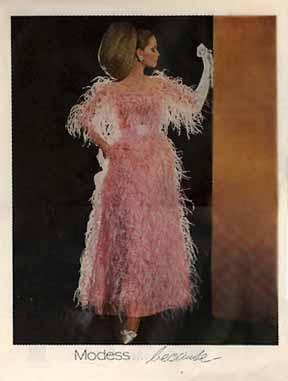 And remains cool ... over the years


The bridal show was organized by the Photo Studio Figueiredo, with the support of the website www.kayleesbridal.com.
wedding dresses

I know the designer of many of these 50s/60s "Modess...because" dresses. Her name is Baba Bleecher. She's a friend of mine and a wonderful designer.