LOOKING FOR INSPIRATION: Track Back Half a Century

Your bridal gown search doesn't have to begin by looking at what's new now and what's white. You can start by shopping for ideas going for tried and true shapes that have survived time. 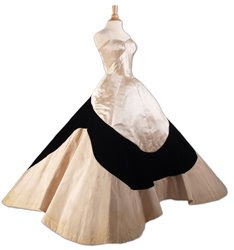 Looking at these mid-century gowns by American designer Charles James leaves me with the question: Where oh where did he lget his inspiration? Now, half a century later, these gowns look very 1950s Vogue. Back then though they echoed past times. His muse probably led him back a century to a time when wide skirts like the one above were norm.

If you want to see more of Charles James work, go to http://dept.kent.edu/museum/exhibit/james/main.htm 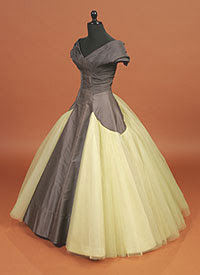 Posted by bridechic at 8:54 AM