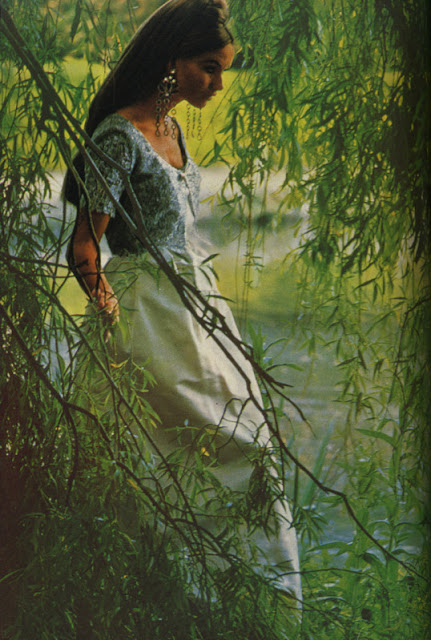 source
The late sixties/seventies era is known primarily for the wild and off-beat except for a few pockets of elegance here and there  Thanks to a some savvy designers, the funk was fine-tuned into into high fashion.  The era was the most politically charged of the century and invariably spilled over even into haute couture.
The above gown is   out of Vogue UK 1966, a bouffant out of lace and satin by Belinda Belville (Later of Belville-Sassoon fame) 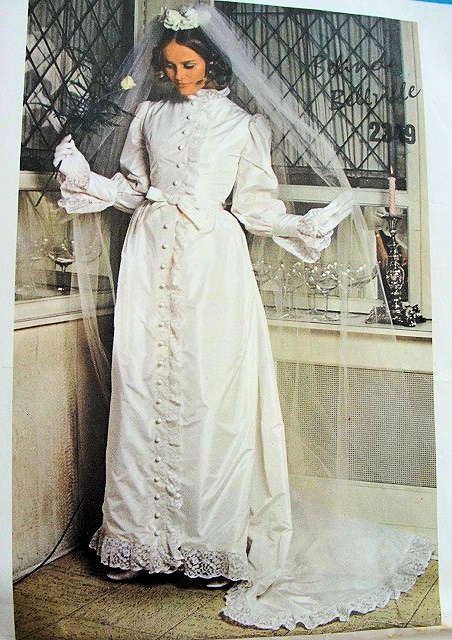 source
Another Belinda Belville masterpiece.  My sister actually made this gown way back when as a bridesmaid frock.  Though featured in Vogue Pattern Book April/May 1970, the precisely placed buttons, luxe taffeta and use of lace make this gown timeless, wearable in any decade. 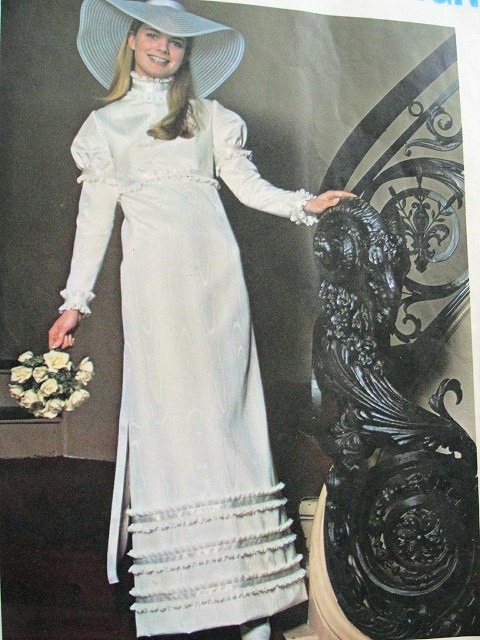 source
What a day for a day dream . . . this is actually a Vogue Pattern for what was dubbed an 'Edwardian' gown. More mainstream to bridal than the above images, it mixes up two eras in one look; the floppy horse hair hat was a hark back to a vintage craze going on that celebrated the life of Jay Gatsby and Daisy Buchannan. 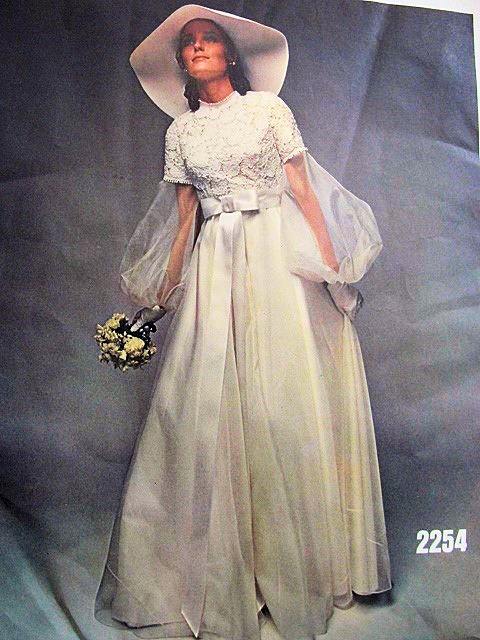 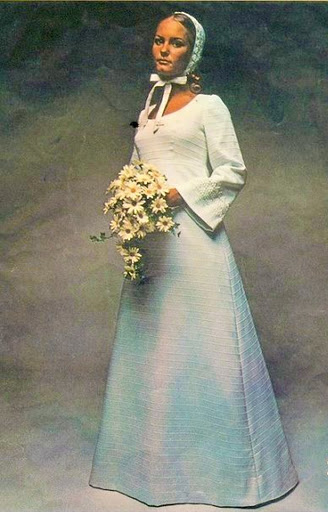 source
Boho looks of the 60s-70s era had a certain peasant element thanks to the influence of designers like YSL.  Kerchiefs, bonnets and bandannas were introduced into bridal wear for the more informal wedding or brides who wanted to ditch the veil . . .
Posted by bridechic at 12:53 AM

Take a look and if you want we can follow each others: Cosa mi metto???
Win an amazing dress of your choice up to £200, enter the Zeleb giveaway

It's amazing how fashion has changed over the years!
Cute brides!! 

Those are lovely! xoxo

So glad the wedding dressing aren't so puffy and huge anymore. I prefer today's fashion.
By the way loved your previous post!
Thank you so much for commenting on my blog!

amazing to se the wedding gowns. it will attract all. bridal will love this gowns

Love the first image--feminine and epitomizes the era.

I have been looking in to 70s weddings for inspiration for a campervan photoshoot. This is a fave era for me. These pictures are spot on! I particularly like the one with the long hair in the woods.