FRENCH BRIDAL COUTURE IN THE 90S 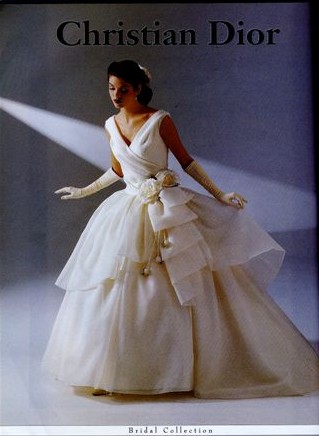 I have a whole library of bridal magazines, some dating back to the 1930s. Perusing early editions circa 1990, I run across plenty of those ridiculous, big puffy sleeves, bodices and skirts encrusted with such heavy bead work you can't find the fabric. There were also some magnificent gowns created back then by a group of talented designers, some so far ahead of their time it amazes me. And while there have always been gifted designers the world over, during this time the French did seem to be Fashion's chosen people for keeping couture pure. They had a knack for using just the right fabric on a particular silhouette; knowing how much detail would balance the design. They--great designers, French et all--also laid out the blue print for a lot of today's trends.
In the 1990s, we saw the emergence of the studio designer. These independents closely resembling the Etsy artisans of today, chose to create and show their own collections in ateliers and small shops all over the world. Private designers as they were also known were showcased first in the premiere issues of Wedding Dresses Magazine. Soon American editors picked up that significant bridal trends were being created not only in Paris and New York but wherever there was a talent that burned to create. Alas, twenty some years later not all these designers are still with us. All though have left their influence . . .

Lolita Lempicka
What ever happened to Lolita Lempicka? These days she's concentrating on her fragrance and bath lines more than anything else. The gown above is representative of the joyful and whimsical mood she brought to design in the nineties, her daring techniques and applications inspiring many designers today. I always thought she was the more refined version of someone like Betsey Johnson. 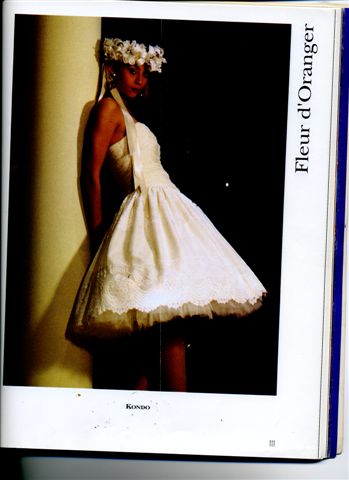 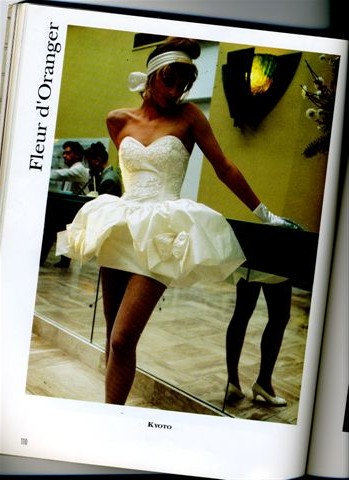 The Fleur d'Oranger pieces here are youthful and hint boho before its revival. The headpieces are particularly unique for the time when most brides, even those marrying semi-formal donned some version of veil. 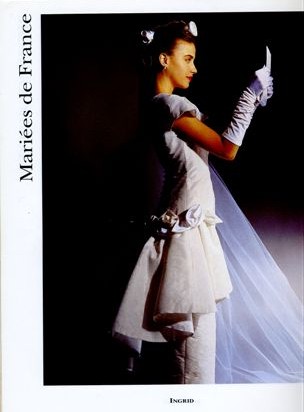 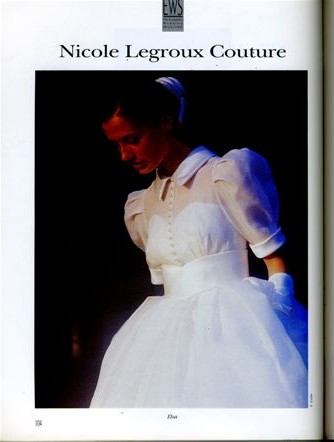 The above dress is simply all class and timeless chic. 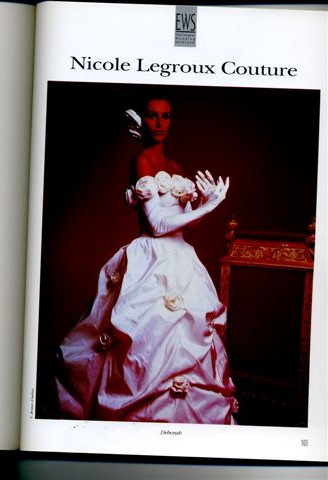 Though designer Ulla Maja popularized the use of pick up skirt techniques through the nineties, Nicole Legroux was using this technique as well. The hand rolled florals anchoring each tuft of silk here are an exquisite touch. A radical application back then, nowadays the pick up skirt can be found on almost every page of the David's Bridal Catalog as well as top New York collections. 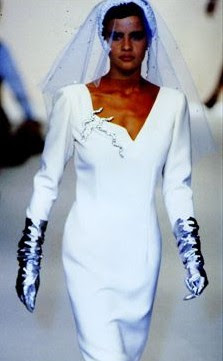 
Hanae Mori has retired from the runways but still has a few shops open in Japan. These days, like Lempicka, she concentrates on her fragrance lines.


We've seen more fabric like this but back in the early 90s it was a novelty when Roxanna Farri introduced this skirt covered in sunflowers made of ribbon. The skirt and blouse combo would be ideal for the garden wedding in any age. 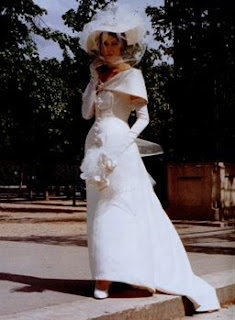 These last three images showcase the work of purist Michelle Arnaud. Check out the last photo in black and white. The hat/veil hybrid was . . . a tad experimental back then but now would be considered a wonderful option to the traditional veil 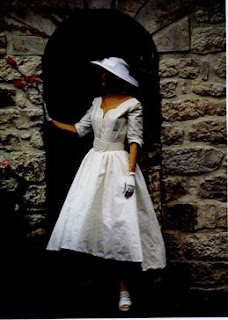 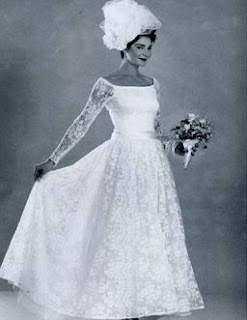 All photos copyright Wedding Dresses Magazine
Posted by bridechic at 12:26 AM

I like these photos and designs!!!
Have a nice day!

The piece from Christian Dior is lovely. :)

What an amazing collection you must have! Back to the '30's! WOW! I love seeing dresses like this.

A style that never goes out of fashion. fantastic!
bridal dress boutique Markham

amazing collection :X the first one is just..wow

love the first dress, its so clasic

Really cool post! I'm not into bridal fashion, so this kind of post is very interesting!!!
5 or 4 years ago I was in love with a Christian Lacroix haute couture bride dress ....soon I'll talk in a post about it....I'll wait for your comment! ;)))
xoxo
Alessandro - The Fashion Commentator

Seeing bridal gowns make me want to married asap! haha. I love everything not to mention I love weddings!

they're all so beautiful! simply stunning :)
thanks for stopping by and leaving sweet comments!
it made my day :)

And as if that were not enough of beauty, Giselle also brings the same even with a touch of vintage ...